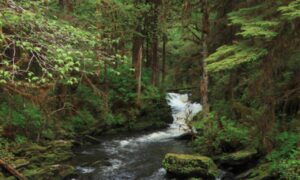 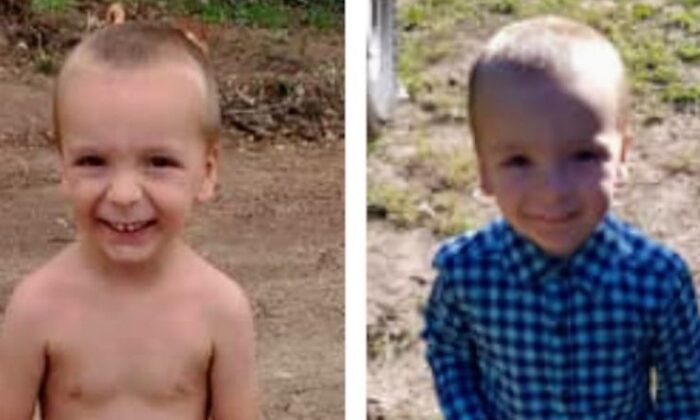 Officials in Oklahoma announced on Facebook that missing 2-year-old Jesse Dale Young has been safely located on May 7.

Young was found in the woods with scratches about 2 miles from where he wandered away at around 1 p.m., Mayes County Sheriff said. This was more than 24 hours after he was last seen.

The boy walked away around 11 a.m. on Wednesday from his home located about 4 miles north of Salina.

The office thanked everyone involved in the massive search that brought over 100 volunteers and first-responders from the community together.

Oklahoma officials are searching for a missing 2-year-old boy from Mayes County, who has not been seen for nearly 20 hours.

The Mayes County Sheriff’s Office answered a call on the morning of May 6 around 11 a.m. that Jesse Dale Young had gone missing from his home, which is about 4 miles north of Salina.

Young is described as a white male, 3 feet 3 inches tall and weighing 35 pounds. He was last seen wearing a pull-up diaper and blue-colored Croc style shoes.

Responding officers used drones with heat sensors, bloodhounds, mounted patrols from the Rogers County Sheriff’s Office, ATVs, and foot patrols, but were unable to locate Young, according to a police statement.

Along with about 70 first-responders, nearly 100 volunteers also tried to find the boy after news broke out on social media, local outlet NewsOn6 reported.

“I seen it on Facebook, he’s lost and if it was my kid I’d want somebody to come out here,” volunteer Jason Dunn told KTUL.

Steve Smith, the boy’s uncle, was searching the whole of Wednesday, he told NewsOn6.

“It’s tough, because the longer it goes, the harder it is to find him,” Smith said. “He is just a really good kid, I just hope nothing bad has happened to him.”

Young’s mother, Carlie Rain Young, said on Facebook she wants her baby home safe. “He’s my snuggle bug, my adventure buddy, my everything,” she said.

After it started to get dark, searchers continued to try and locate the boy in rugged woods and terrain that can be dangerous.

Mayes County Sheriff’s Office has asked the public to be vigilant and to call 918-825-3535 or 911 if they have any information.