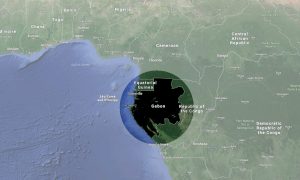 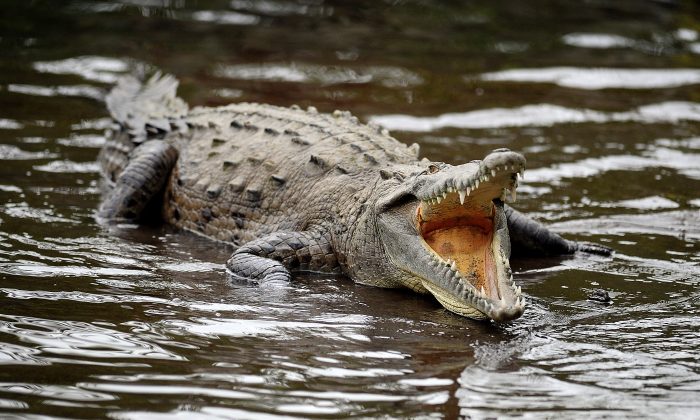 A 2-year-old girl was killed by crocodiles in Cambodia after wandering away from her parents and into the reptiles’ enclosure.

Rom Roath Neary died after climbing through a gap in the fence on her family’s crocodile farm in Siem Reap, the Daily Mail reported.

Her father climbed into the enclosure to rescue the child’s remains, but he wasn’t able to rescue her. The father later was able to recover some of her remains, according to the report.

Girl, 2, eaten by crocodiles after falling into enclosure behind her homehttps://t.co/HQDCkjzrON pic.twitter.com/5j9ew2BWn6

He added: ”When the father came back home, he couldn’t find his daughter in the house. He found a skull in the crocodile enclosure.”

Police noted that the family recently built a fence around the enclosure containing the crocodiles, but children were still able to fit in the spaces.

“He couldn’t find his daughter in the house,” Sophen said, reported the Bangkok Post. “He found her head in the crocodile enclosure. He confirmed that their daughter fell into the enclosure and the crocodiles killed her.”

Sophen added that the mother was taking care of another daughter who had recently been born when she lost sight of the toddler.

Officers urged other families who run crocodiles farms to take extra care to prevent their children from being attacked, the report said. Crocodiles are used to produce meat and leather.

“We convey our condolences to the family. The mother hugged her daughter’s head, shocked,” Sophen added. “We appeal to all families who have crocodile farms to pay attention to all family members, especially small children.”

Chan Leap, 52, commented on social media that she is a crocodile farmer in Banteay Meanchey province. She said she would build a fence around the farm.

A female scientist was eaten by a giant crocodile after she fell or was pulled into an enclosure in Indonesia, according to media reports.

Deasy Tuwo, 44, was reportedly dragged into the enclosure by a 17-foot-long crocodile as she was trying to feed the animal.

She was throwing meat into the animal’s pool during feeding time on Jan. 11.

The crocodile, named Merry, was found with Tuwo’s remains in its mouth in North Sulawesi, Indonesia, reported the Daily Mail.

Officials theorized that the animal stood on his back legs and jumped up the 8-foot-tall wall and grabbed Tuwo into the enclosure.

Staff at CV Yosiki Laboratory, where the animal was being held, made the discovery later that day.

They noticed there was an unusual shape in the water before finding Tuwo’s remains, the Mail reported.

The reptile, which is generally fed meat, fish, and chicken every day, is not known to have been aggressive with humans. It, however, attacked other crocodiles.

Rescuers tried to get Tuwo’s body from the water but had difficulty doing so because the large crocodile would thrash in the water every time.

Merry was later captured before and strapped to a flatbed truck to be taken for medical tests to see if it had killed Tuwo, the Mail reported.