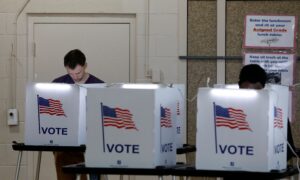 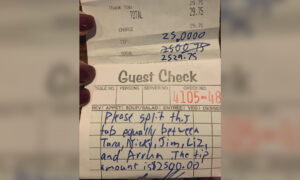 A Customer Left a $2,500 Tip to Support an Ohio Bar That Had to Close Because of Coronavirus
0

An undated stock image of an infant. (Christiana Bella/Pixabay)
AMERICA

It has been confirmed that a two-year-old has tested positive for COVID-19, according to ABC 6.

The toddler, who is from Franklin County, Ohio, was infected at home by an adult who was in self-quarantine, according to Franklin County Health officials. The officials stated that the adult in question already knew they were carrying the virus following tests.

Currently, the toddler is at home—not at a hospital, according to the news outlet. The two-year-old’s condition has yet to be released to the public.

The case is not from community spread, according to ABC 6.

So far, Ohio has reported having 119 confirmed cases of the COVID-19, according to the COVID-19 Resource Center from the Johns Hopkins University and Medicine.

As reported by the Department of Health in Ohio, 24 different counties in Ohio have active and confirmed cases of the disease, of which included:

The department also shared that there are 33 hospitalizations in Ohio.

Currently, more than 13,000 confirmed cases have been reported in the United States, researchers said.

White House Coronavirus Task Force response coordinator Dr. Deborah Birx said on March 18 that while older people are more at risk of serious cases and death, young people are also at risk during the pandemic.

She said there were now “concerning reports coming out of France and Italy about some young people getting seriously ill, and very seriously ill in the ICUs.”

She added that young people also play a vital role in stemming the spread of the virus, as they are most active but may become infected and unknowingly spread the new CCP virus to older people or those with underlying health conditions “and cause them to have a disastrous outcome.”