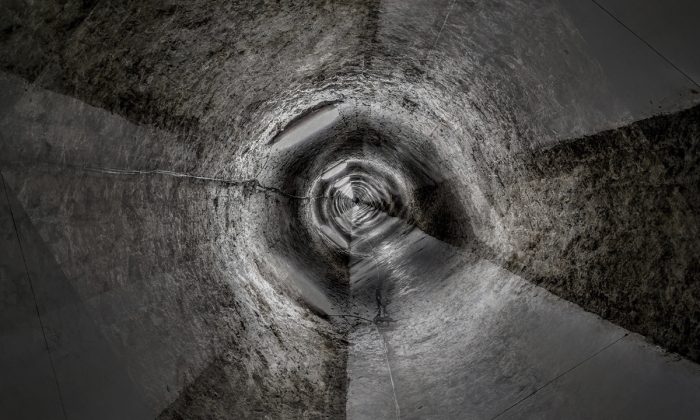 A manhole in a stock photo. (gdtography/Unsplash)
US News

Two Pennsylvania sewage workers were found dead at the bottom of a 30-foot manhole on Thursday, July 11.

The two men, later identified as Daniel Cleaver and 20-year-old Matthew DiSands, were said to have been conducting a dye test on the Aldan sewer system which is located in the southeast region of the state.

UPDATE: the identities of the 2 men found dead in a manhole have been released. Daniel Cleaver, Prospect Park PA and Matthew DiSands, 20, Prospect Park were both pronounced dead at the scene. Police believe they may have been overcome by gas in the sewer while doing a dye test. pic.twitter.com/RjtK3v8cRZ

Another crew of workers who were located several blocks away say they lost contact with Cleaver and DiSands, and later found them unresponsive after going to check on them reported ABC News.

According to The Philadelphia Inquirer a rescue operation to retrieve the two men from the manhole located at West Rively and South Sycamore Avenues began around 11:15 a.m.

The two men were successfully pulled from the manhole around noon but were immediately pronounced dead at the scene by rescue workers.

Officials say Cleaver and DiSands were part of a four-man team from A to U Services which operates out of Glenholden.

During a press conference held on Thursday, Aldan Mayor Carmen Maniaci said, “This might be the first time this has ever happened, we’re going to do our best to recover and move forward.”

Maniaci went on to say, “It’s a very heartbreaking situation we have going on here.”

Authorities are investigating the deaths of two Pennsylvania sewage workers who were found at the bottom of a 30-foot manhole. https://t.co/lquHglMJc2

Aldan Borough Police Chief Ken Coppola told reporters: “One of the victims, his father is a police officer, not here but in another Delaware County community. The other victim we all know. We know the family.”

Authorities believe the deaths could be the result of gas fumes inhaled while working underground. However, the official cause of death has yet to be determined.

The death of the two men is currently under investigation by both the Delaware County Medical Examiner’s Office and the federal Occupational Safety and Health Administration.

According to a report (pdf) released by the Bureau of Labor Statistics, there were a total of 5,147 fatal work injuries recorded in the United States in 2017, down slightly from the 5,190 fatal injuries reported in 2016.