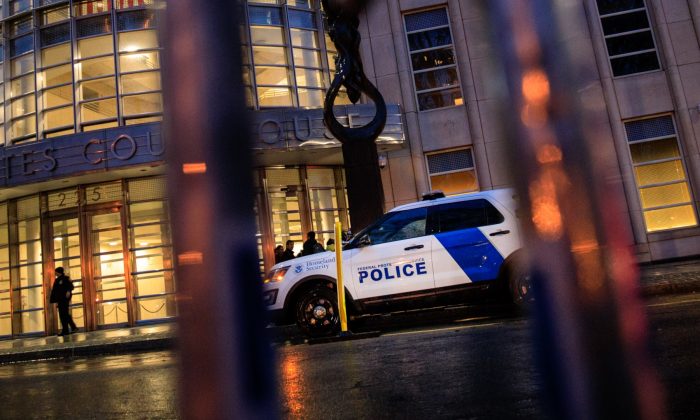 NEW YORK—A 4-month-old boy died on Dec. 15, after he was found unconscious and unresponsive in the lobby of a New York City hotel. Police apprehended two women who were with him, and they’re expected to face charges.

Police identified the boy as Dominic Greene, of Wilmington, Delaware. He was taken by ambulance from the Hotel Pennsylvania in midtown Manhattan around 1:10 a.m. He was pronounced dead at a hospital a short time later.

The women were trying to book a room at the hotel, across the street from Madison Square Garden, police said. A hotel employee noticed that the boy wasn’t moving and called 911. The boy had no obvious signs of trauma, police said.

The women, acquaintances ages 24 and 26, were practically incoherent when officers arrived, and drugs were found at the scene, police said. Neither woman was the boy’s mother. Investigators are looking into whether one was related to him, police said.

The Hotel Pennsylvania was built nearly a century ago as a companion to nearby Pennsylvania Station. It was made famous by the Glenn Miller hit “Pennsylvania 6-5000.”

It could soon face the wrecking ball. A developer has floated the idea of building a skyscraper on the site.