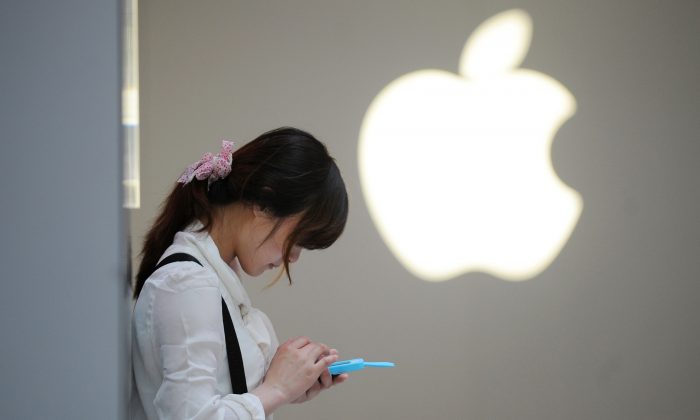 A woman uses her mobile phone outside an Apple store in Shanghai on May 7, 2012. (Peter Parks/AFP/Getty Images)
Special

2 Ways That Your Smartphone Might Be Harmful for Your Health

For many people nowadays, smartphones such as the iPhone are ubiquitous, must-have, devices
By Chris Smith

For many people nowadays, smartphones such as the iPhone (and any other similar device running Android, Windows Phone, BlackBerry, and other mobile operating systems) are ubiquitous, must-have, devices that offer instant access to information and entertainment.

And while they’re certainly important gadgets that come in handy during modern-day life, they can also have some negative effects on the human body The Register reports, quoting two different studies.

FROM EARLIER: The iPhone 6 might be low-res, but Apple’s highest-resolution device ever is coming soon

Chief of spine surgery at New York Spine Surgery and Rehabilitation Medicine Kenneth Hansraj has discovered that looking down at a smartphone for texting and other purposes puts added pressure on the user’s neck.

“Cumulatively this is 700 to 1,400 hours a year of excess stresses seen about the cervical spine,” he said, or between two to four hours a day spent over the screen of a smartphone or other smart device.

“While it is nearly impossible to avoid the technologies that cause these issues, individuals should make an effort to look at their phones with a neutral spine and to avoid spending hours each day hunched over,” he said.

In addition to this “text-neck” physical effect smartphones have, there might be one other problem affecting smartphone users on a psychological level.

The Journal of Occupational Health Psychology has detailed a condition known “telepressure:” “workers might feel varying levels of preoccupations with and urges for responding quickly to messages from clients, coworkers, or supervisors — an experience we label as workplace telepressure.”

According to the study, telepressure is distinct from other conditions related to workplace stress, as people affected by it often don’t sleep well, and are more likely to take time off from work.

More details about these health worries affecting smartphone users are available at the source links.