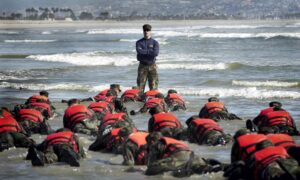 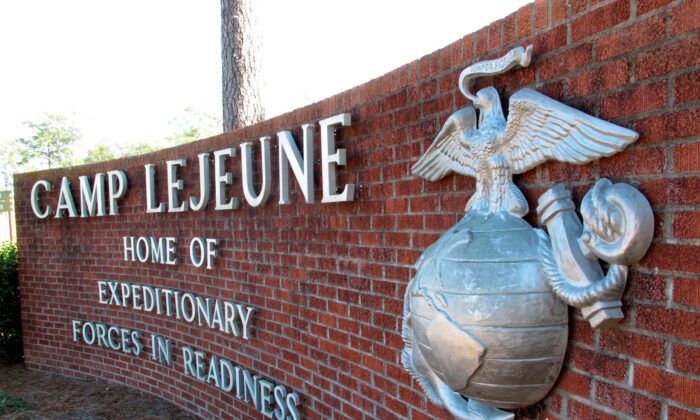 The globe and anchor at the entrance to Camp Lejeune, N.C., on March 19, 2013.(Allen Breed/AP Photo)
AMERICA

WASHINGTON—Two Navy sailors have died due to complications from COVID-19.

A Navy reservist based in Idaho died Monday, and a doctor assigned to the Naval Medical Center at Camp Lejeune, North Carolina, died last Friday, bringing the total number of sailor COVID-19 deaths to 10. The Navy identified the solders Wednesday as Master-at-Arms First Class Allen Hillman, 47, of Boise, and Capt. Corby Ropp, 48, of Camp Lejeune.

According to the Navy, Ropp, who was the head of ophthalmology and refractive surgery at the medical center, died at Duke University Hospital in Durham, North Carolina. Hillman was assigned to the Navy Reserve Volunteer Training Unit in Boise.

There were no details on what variant of the virus the two sailors had or if they had been vaccinated.

So far, the vaccine continues to be voluntary for military personnel, because it has not yet received full approval from the Food and Drug Administration. But officials have said there have been discussions about requiring the vaccine for troops after it is approved and is no longer under an emergency use authorization.