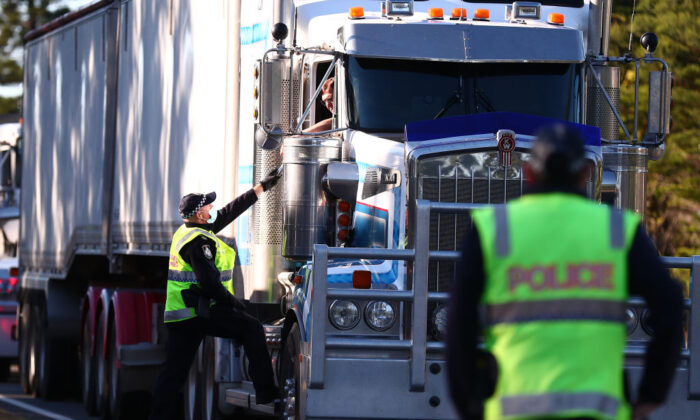 The Queensland government has issued a public health alert after a Queensland-based truck driver tested positive for COVID-19 after travelling to New South Wales (NSW), which is in the midst of a severe CCP virus Delta variant outbreak.

The contact tracing alerts, last updated on the Queensland Health site on Sept. 1, named the locales of Archerfield, Goondiwindi, and Bundamba as exposure locations.

Details are scarce, but on Sept. 2, Queensland Premier Annastacia Palacazuk said on Facebook that the truck driver resided in Queensland and travelled to NSW.

This comes a day after an NSW-based truck driver, who entered Queensland, tested positive for the virus.

That truck driver entered Queensland on Aug. 25 and returned to NSW on Aug. 26, a Queensland Health media release stated.

“It is understood they were in Queensland for one day while potentially infectious,” an NSW Health spokesperson said in a statement.

“The case is now in isolation in NSW and investigations into the source of their infection are underway.”

The Queensland premier expressed concern about her state becoming just as ravaged by the CCP virus Delta variant as NSW.

“If New South Wales is the model of what lies in store for all of us, then serious discussions are needed,” she wrote on Facebook on Sept. 2.