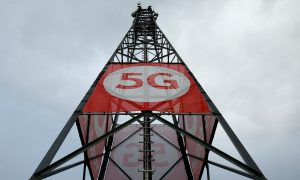 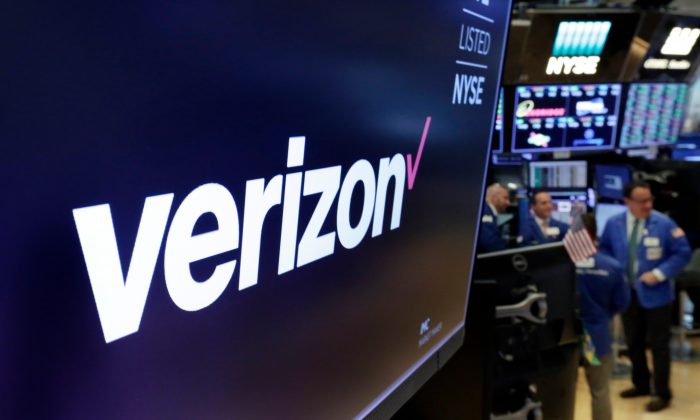 Cellular companies such as Verizon are looking to challenge traditional cable companies with residential internet service that promises to be ultra-fast, affordable and wireless. Using an emerging wireless technology known as 5G, Verizon’s 5G Home service provides an alternative to cable for connecting laptops, phones, TVs and other devices over Wi-Fi. It launches in four U.S. cities on Oct. 1. (Richard Drew/AP)
Politics

Two Democrat Congressman opened an inquiry into the Department of Defense’s (DoD) efforts toward operating a national 5G network, raising concerns about the Pentagon’s recent request for information from telecommunications companies.

Chairman of the Energy and Commerce Committee Rep. Frank Pallone Jr. (D-N.J.), and Rep. Mike Doyle (D-Pa.), the Chairman of the panel’s Communications and Technology Subcommittee, are seeking details about a Request for Information (RFI) from the Pentagon that seeks input from wireless internet companies about 5G sharing.

The DoD issued a request Sept. 18 for the industry to develop information papers on dynamic spectrum sharing. A defense department press release stated the RFI “seeks insight into innovative solutions and technologies for dynamic sharing of the department’s current spectrum allocation to accelerate spectrum sharing and 5G deployment” to which the response was due by Oct. 19.

“We hope our industry partners will come forward with innovative ideas to address the questions in this RFI,” said DoD Chief Information Officer Hon. Dana Deasy.

This RFI may open the door for investors to bid on contracts to build a domestic cellular network for both the military and industry operators.

Republican Congressman Mac Thornberry (R-Texas), ranking member on the House Armed Services Committee, said the DoD should move fast with 5G to get ahead of China.

“Our nation’s need for spectrum will continue to increase,” he wrote in response to the DoD’s RFI. “The DoD’s announcement to pursue innovative new spectrum sharing technologies that would free up 5G bandwidth while simultaneously protecting the essential needs of our military is encouraging. I am pleased to see that the Department is willing to explore ways to share the valuable mid-band spectrum that is so critical for our economy, our security, and our nation’s future.”

The Democrats sent a letter to Adam Candeub, acting assistant secretary of commerce for communications and information at the National Telecommunications and Information Administration (NTIA), writing that they are concerned that DoD is overstepping its legal authority by working to own and operate nationalized 5G and lease federal spectrum for commercial use.

“We have heard reports that the suddenness of this request and the short turnaround timeframe have been prompted directly by senior White House officials,” the Democrats said in a joint statement.

They also said they received reports that the White House requested the Pentagon to “proceed immediately” to what’s known as a request for proposal, a project funding announcement posted by an organization for which companies place bids.

“According to press accounts, several political operatives or lobbyists with close ties to President Trump or his staff—including Karl Rove, Peter Thiel, Newt Gingrich, and Brad Parscale—are pushing for the seismic shift in spectrum policy contemplated by the RFI,” they wrote. “These reports also suggest these Republican operatives are working for the benefit of a specific company, Rivada, Inc., which has long championed a national network that Rivada would construct and operate using its sharing technology.”

The Democrats want the GAO to find out what role the Trump administration officials and lobbyists have in the RFI. The Congressmen also want to know if the NTIA has any knowledge of a request for proposal already being drafted by the DoD. They also asked for clarification about what the NTIA’s position is on a nationalized 5G network.