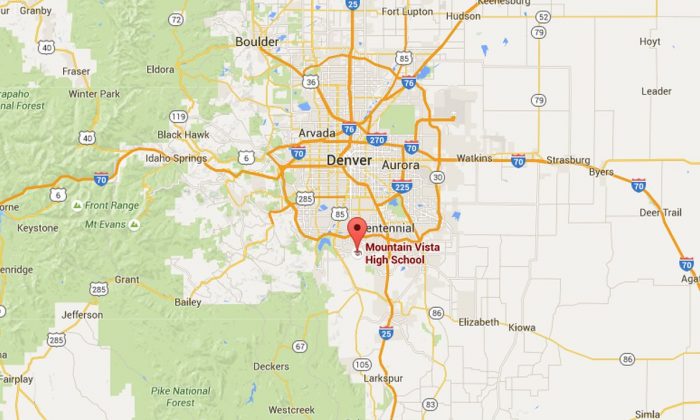 2 Teens Under Arrest After Threat Against Denver-Area School

DENVER  — Two 16-year-old girls were arrested on suspicion of conspiring to harm students and staff members at their suburban Denver high school, a plot that was foiled after someone texted a tip line, authorities and a campus official said Tuesday.

Sheriff’s officials declined to elaborate on the threat but said the teens could be charged with conspiracy to commit first-degree murder at Mountain Vista High School in the affluent suburb of Highlands Ranch.

In a letter to families in the school district, schools Superintendent Liz Fagen said the students “planned to cause harm to our staff and students” this week.

Authorities were alerted to the plot on Saturday via a text-a-tip program developed by the Sheriff’s Office forschools, Bronner said. Investigators consider the case contained with no continuing threat, she added.

Fagen credited the school district’s partnership with law enforcement and families of students for helping disrupt the threat.

“While there is little more we can say at this time due to the investigative process, we want you to know that many of the safety systems we have in place worked well,” she said.

The girls have not yet been charged. Prosecutors say they cannot comment on pending cases involving juveniles unless they are charged as adults or their cases are completed.