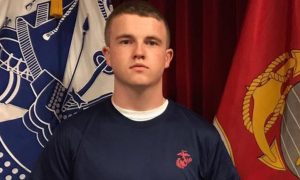 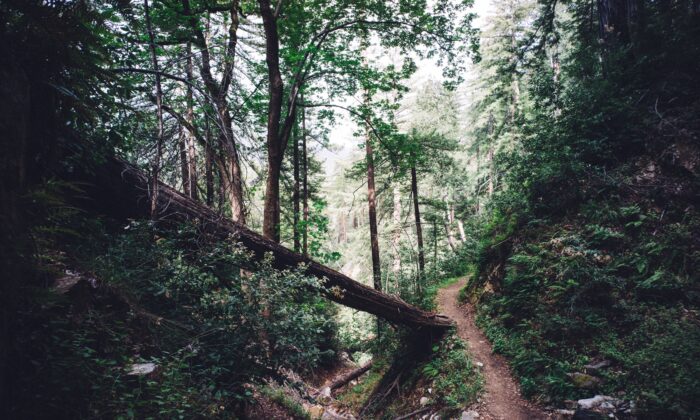 Tree fallen in forest. (Andy Mai on Unsplash)
US News

Two teenagers have been taken into custody on charges of reckless homicide in the death of 44-year-old Victoria Schafer of Chillicothe OH, who died after a large log fell on her on Sept. 2.

Schafer was struck by a falling log while standing on the stairs below a rocky outcrop. The married mother of four was on a photoshoot with six senior pupils from schools in the Chillicothe area when the incident occurred. The group was at the Old Man’s Cave formation in Hocking Hills State Park, Ohio, almost 60 miles southeast of the capital Columbus. She died at the scene.

The Hocking County Sheriff’s Facebook page said that investigators determined that the falling log that struck Schafer was not a natural occurrence. Detectives recently received information about two teenage boys who might have been involved in Schafer’s death.

According to Hocking County Sheriff’s Department, “Investigators conducted interviews with the two individuals where they obtained a confession regarding the incident. Two 16-year-old males were taken into custody on Thursday, Oct. 10, and charged with reckless homicide.”

Due to their age, the defendants were transported to the Multi-County Juvenile Detention Center to await court proceedings.
The 16-year-old and 17-year-old were taken into custody on Thursday. They have been charged over the Sept. 2 death of 44-year-old Victoria Schafer, who was struck on stairs near Old Man’s Cave at Hocking Hills State Park in southeastern Ohio. A reward had been offered for information leading to an arrest and conviction.

Captain Schaad Johnson of the Ohio Department of Natural Resources said: “We have information to support that the section of tree that struck the victim did not fall by natural means.”

Some reports stated that the falling log might have measured up to six feet in length and weighed over 70 lb. It remains unclear how the log came to be near the rocky outcrop above the area where Schafer was struck, and how exactly it fell.

A group called Southern Ohio Crime Stoppers, Inc. had offered a reward of $10,000 for information leading to the arrest and conviction of any persons involved in the death of Victoria Schafer.

According to Southern Ohio Crime Stoppers, Inc., it remains unclear whether any of the tips they received and passed on to the police had expedited the arrests.