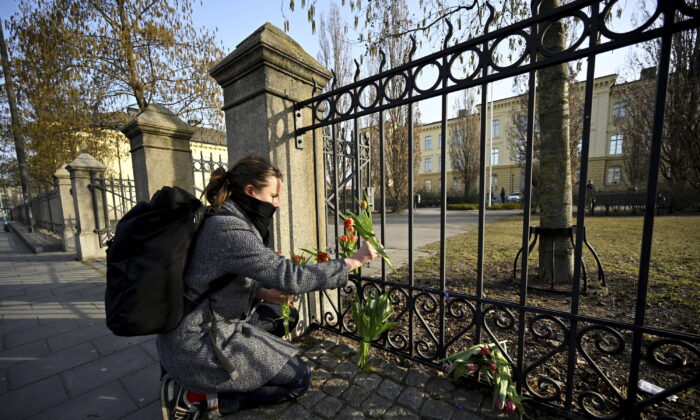 Two teachers were killed by a student at a high school in southern Sweden, police said Tuesday.

The 18-year-old student was arrested at the scene on Monday in Malmo, Sweden’s third-largest city. The victims were two women in their 50s, police said.

The suspect wasn’t previously known to the police and had no criminal record, and police didn’t disclose how the teachers were killed. A motive hasn’t been established.

“For now it is far too early to comment on that,” Malmo Police Chief Petra Stenkula told a news conference.

She said officers arrived and found the suspect and two victims on the third floor of the downtown Malmo Latin School 10 minutes after they were alerted, adding that the situation was then “under control.”

Stenkula didn’t confirm a report by the Aftonbladet newspaper, saying the male student himself called authorities to say he had killed two people, had put down his weapons and was on the third floor.

Police made “seizures” and a forensic examination “will allow us to better understand what happened,” Stenkula said, adding authorities have no information of any further injuries.

Police said they were called at 5:12 p.m. Monday. Scores of ambulances and patrol cars rushed to the school and armed police were seen entering the building, which was cordoned off.

Students at the school, which has about 1,100 students, had gathered to work on a musical and students locked themselves inside classrooms.

Sweden’s Prime Minister Magdalena Andersson said she reacted “with sadness and dismay” to the killings, according to the Swedish news agency TT.

All classes were suspended Tuesday and the school was closed.

The killings took place in a modern annex of the school, which was founded in 1406 when the pope issued a letter of privilege allowing for its construction and operation. It was originally meant to educate local youth on Christian doctrine and the Latin language.