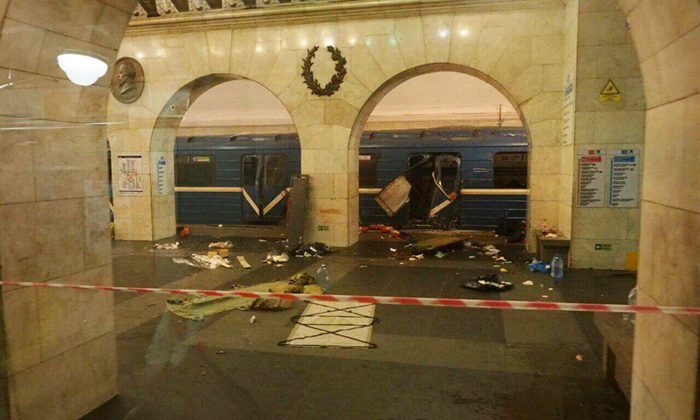 A subway train hit by a explosion stays at the Tekhnologichesky Institut subway station in St.Petersburg, Russia on April 3, 2017. (AP Photo/www.vk.com/spb_today via AP)
International

The news agency is quoting law enforcement sources as saying that police are looking for a man who is believed to have planted a device that exploded in a subway car on Monday, killing 10 and wounding about 40 others.

Interfax says authorities are also looking for another person suspected of leaving a second bomb at a subway station. That device was discovered and defused by authorities before it went off.