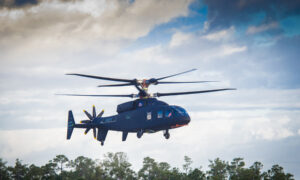 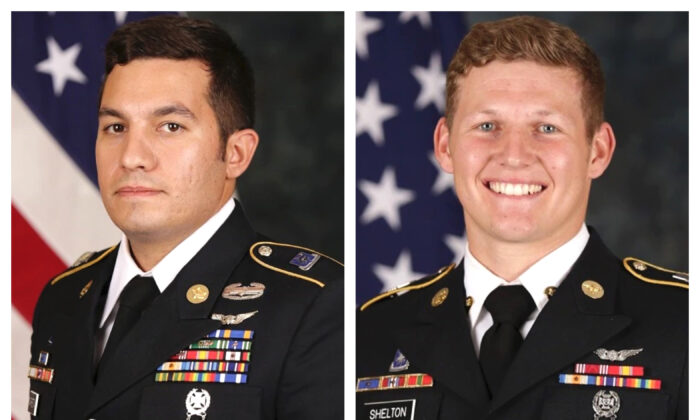 SAN CLEMENTE, Calif.—Two soldiers were killed and three were injured when their Black Hawk helicopter crashed during a training exercise off Southern California’s coast, the Defense Department said Saturday.

“The loss of Staff Sgt. Marketta and Sgt. Shelton has left a scar in this Regiment that will never completely heal,” said Col. Andrew R. Graham, commander of the 160th Special Operations Aviation Regiment (Airborne). “Our priority now is to ensure the families of our fallen warriors receive our complete support as we work through this tragedy together.

Officials released no other information on the crash. J. Elise Van Pool, an Army spokeswoman, confirmed in an email that three other soldiers were injured in the crash but said she did not have any other details to provide “as the incident is just beginning to be investigated.”

Both Marketta and Shelton were assigned to the 160th Special Operations Aviation Regiment headquartered at Fort Campbell, Kentucky.

Marketta enlisted in the Army in 2011 as a Black Hawk repairer. He was assigned to the 160th Special Operations Aviation Regiment and spent 18 months as an aircraft repairer in 1st Battalion, 160th SOAR (A). He was deployed to Afghanistan and Iraq, officials said.

Shelton enlisted in the Army in 2016, as a Black Hawk repairer. In 2017, he was assigned to the 160th Special Operations Aviation Regiment and deployed to Afghanistan.

Both Marketta and Shelton will receive the Meritorious Service Medal posthumously, officials said.

The deaths come after a U.S. Navy seafaring tank went down last month in hundreds of feet of water off San Clemente Island during a training exercise. Seven Marines and one Navy sailor died after the 26-ton landing craft sank July 30.

The U.S. Navy-controlled island 70 miles west of San Diego has an airfield, a bombing range, and a training facility used by special operations units.