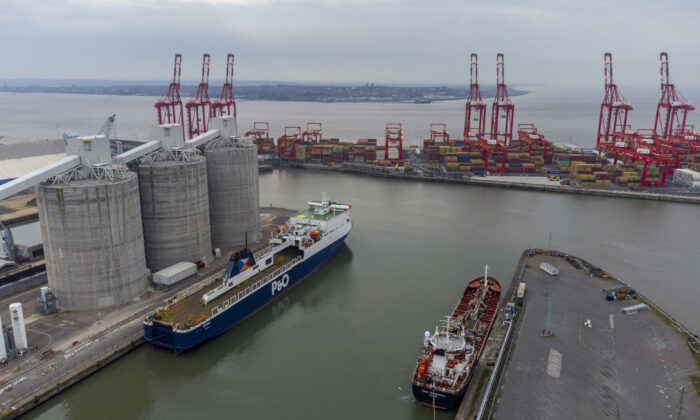 Two P&O Ferries vessels are being inspected as the company attempts to resume normal operations after replacing nearly 800 seafarers with cheaper labour.

The Maritime and Coastguard Agency (MCA) said Port State Control (PSC) inspections are underway on European Highlander, which normally operates between Larne in Northern Ireland and Cairnryan in Scotland, and Norbay, which serves the Liverpool-Dublin route.

Among the eight vessels that are subject to inspections, two have resumed sailing, two remain under detention after failing the inspections, and two others are awaiting inspection.

A spokesperson for the MCA on Thursday said its surveyors are carrying out a full inspection of European Highlander before it returns to service “to make sure it complies with international regulations on manning and safe operation, in particular, emergency procedures such as firefighting and evacuating the ship.”

The spokesperson said the inspection of Norbay, which started on Wednesday, was ongoing.

“There are no further inspections of P&O Ferries at the moment but we will reinspect when requested by P&O Ferries,” the statement reads.

P&O Ferries, which was bought by Dubai-based logistics giant DP World in 2019, sparked outrage when it fired 786 UK-based seafarers without any prior notice on March 17 and later replaced them with cheaper agency workers, citing £100 million ($132 million) year-on-year loss.

Following the mass-sacking of seafarers, British Transport Secretary Grant Shapps ordered the MCA to carry out detailed inspections of all P&O vessels under the PSC regime—which is the inspection of foreign ships in national ports to verify that the condition of the ship and its equipment comply with the requirements of international regulations and that the ship is manned and operated in compliance with these rules, according to the International Maritime Organization.

So far, only Pride of Hull passed the inspections the first time, enabling it to resume operation between Kingston upon Hull, England, and Rotterdam, the Netherlands.

European Causeway was detained on March 25 after it was deemed “unfit” to sail “due to failures on crew familiarisation, vessel documentation, and crew training.” It was released on April 8 following re-inspection.

A report showed MCA had found that European Causeway’s “launching arrangements for survival craft” were “not as required.”

Among other flaws identified by the MCA were an inflatable evacuation slide not properly maintained, inadequate fire prevention systems, and crew having a lack of familiarity with radio equipment.

There were also problems with labour conditions, navigation, and documentation.

The Paris Memorandum of Understanding—an alliance of 27 national maritime authorities, including the UK—listed the 31 safety deficiencies but did not provide further details.

This caused a shortage of ferry capacity in the run-up to Easter on the key Dover-Calais route, which contributed to large queues of lorries on coastbound roads in Kent.

P&O is yet to invite the MCA to inspect the remaining two vessels, as well as re-inspecting the detained ships.

On Tuesday, shadow transport secretary Louise Haigh accused the company of being a “rogue operator” which is “cutting corners and putting key UK shipping routes at risk.”

P&O Ferries said in a statement that “any suggestion” that safety is being compromised is “categorically false.”