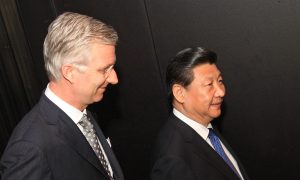 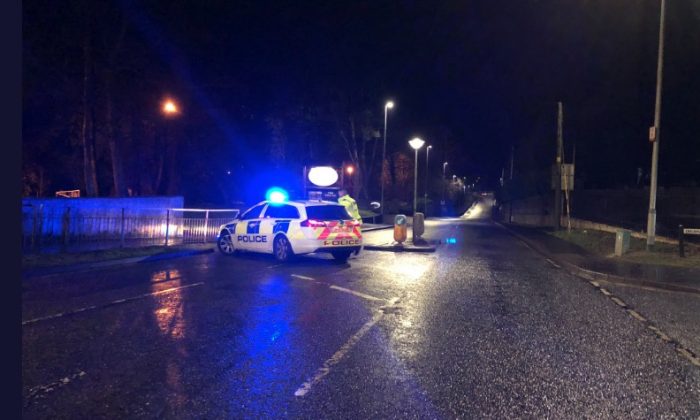 Police have now re-opened the road at the Greenvale hotel in Cookstown, Ireland, after reports of two young deaths during a St. Patrick’s day party. (Brendan Marshall)
Ireland

UPDATE: A third person has died after an incident at Greenvale Hotel in Cookstown last night, March 17. Assistant Chief Constable Mark Hamilton has said that a major investigation is now underway.

Police launch investigation following the deaths of 3 teens at St Patrick’s Day event in Cookstown. ACC Mark Hamilton said: “It is heart-breaking an event which should have been fun should end in such a terrible tragedy.”https://t.co/4KBKoul03J

Two people have died and two others have been taken to hospital with injuries following reports of a crush at a St Patrick’s Day event in Northern Ireland, according to emergency services.

Update: We can confirm there are 2 fatalities and 2 people are being treated in hospital – 1 is critical and 1 is in a stable condition. Family members of all 4 people have been informed. Our thoughts are with everyone involved. The police investigation is continuing.

One person is in hospital in critical condition, while another is in a stable condition, the Police Service of Northern Ireland (PSNI) confirmed on Monday, March 18, following the event at Greenvale Hotel in Cookstown.

An investigation is currently underway to determine the cause of the incident, which was believed to be a disco for young people, reported the BBC.

A multi agency incident is under way at Greenvale Hotel, Cookstown. ACC Mark Hamilton said: “I can confirm there are 2 fatalities at this stage and a small no of other casualties. Parents are asked to collect children from Family and Friends reception at Glenavon Hotel.”

Ambulance services scrambled to the scene after reports of several people feeling unwell, with doctors, paramedics and five emergency crews dispatched at around 21:30 p.m. local time.

More police have just arrived at the scene of the tragedy in Cookstown. pic.twitter.com/LP0rTWiC1X

Over an hour later, at 22:41 local time, emergency services urged parents to come to the hotel immediately to pick up their children.

Reports of a stampede at the event began to circulate, after an eyewitness reportedly phoned UUP Councillor Trevor Wilson saying there had been a crush, the Independent reported.

ACC Mark Hamilton added: “While the exact cause of the incident is still unknown, there are reports of a crush at the scene.”

“There seems to have been a stampede, and a number of people have been badly injured,” Wilson added.

But the DJ who was performing at the disco at the hotel reportedly told journalist Brendan Marshall, who made his way to the scene, that the reports were false, according to the BBC.

Marshall explained he had heard that several young people fell seriously ill at the event.

“He confirmed that—contrary to the rumours that had been circulating—there had been no crushing and nothing had collapsed.

“He told me that a number of young people had become seriously ill. He said one young person was brought to him by a friend to have their pulse checked.

“The DJ then shone a light in their eyes to check whether they were alive,” Marshall told BBC News NI.

DUP leader Arlene Foster has said her “thoughts and prayers” are with all those affected by the incident.