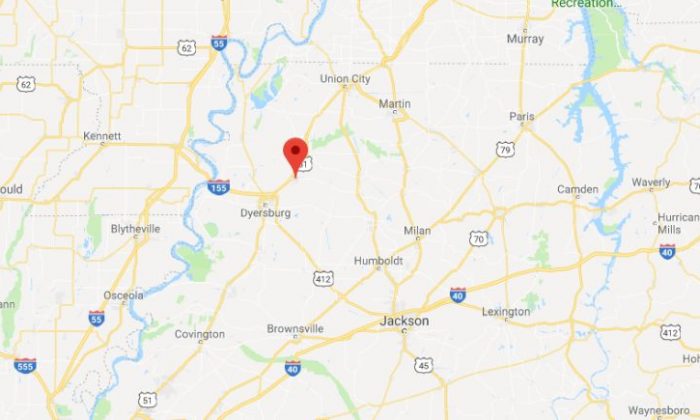 Two police officers and a civilian were shot during a party at a Tennessee club on Monday morning, officials said.

The Tennessee Bureau of Investigation said in a news release that shots were fired at a club in Newbern, Tennessee, causing the injuries.

The incident took place at Douglas Cafe, also known as “Betty’s,” the release said. The officers were responding to a disturbance call when the shots rang out.

“When officers arrived at the scene, shots were being fired, and the two officers were shot, as well as another individual at that location. Both officers and the civilian have been transported to Regional One Medical Center in Memphis for treatment. Their specific conditions are not available at this time,” the news release stated.

No suspects were named in the shooting.

The Tennessee Bureau of Investigation said it is “responding to the scene to collect evidence and document the scene,” adding that agents will investigate.

The State Gazette reported that officers Alex Martin and Cranston Fisk were injured in the shooting. Both are in stable condition as of Monday morning.

“Officers Alex Martin and Cranston Fisk showed great bravery and courage in the face of these horrific events. Their willingness to serve helped to protect the well being and lives of many individuals,” said Mayor Justin Wright. “I would also like to thank the Dyer County Sheriff’s Office, Tennessee Highway Patrol, and the TBI for the support they have provided in this difficult time. Our thoughts and continued prayers are with our officers and their families.”

Newbern is located about 90 miles north-northeast of Memphis.