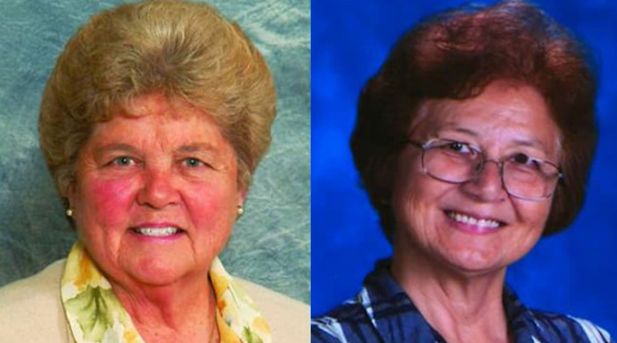 Two nuns at St. James Catholic School in Torrance, California, are accused of embezzling $500,000 in tuition, fees, and donations, according to reports. The nuns then allegedly spent some of the money on gambling and traveling over the years.

St. James Catholic School’s former principal Sister Mary Margaret Kreuper and Sister Lana Chang, a former teacher, allegedly pilfered the money over a 6 year period of time, according to a report from the Beach Reporter.

The nuns then allegedly told parents that the school was operating on a tight budget, said parents and officials.

The $500,000 figure is only what auditors can piece together over 6 years of bank records, and it might not include cash transactions, the Archdiocese of Los Angeles said, reported ABC7.

The school said Kreuper, a former principal who had been at the school for 29 years, and Chang admitted to stealing the money. Chang retired this year after being an eighth-grade teacher for 20 years.

“They’re taking away the money from kids in school, from kids that need the money. To do that, it’s terrible,” said Francis Grimes of St. James Catholic Church, according to the ABC affiliate report.

“This matter came to our attention during financial reviews in connection with the change in leadership at our School. Other staff persons were not implicated or responsible,” the parish’s pastor wrote in a statement.

The Sisters of St. Joseph of Carondelet, the nuns’ order, said the pair are cooperating and will pay the money back in full.

The archdiocese told ABC7 that the school didn’t want to pursue criminal charges at first, but they are now considering it as the investigation into the nuns’ alleged dealings goes on.

Michael Meyers, the church’s monsignor, explained that a family wanted a copy of a check made out to the school, and staff found that it was deposited into a bank account other than the school’s, according to the Beach Reporter.

He alerted an internal auditor performing the review that “something was off.” Meyers said the improper use of funds had been going on for at least 10 years.

“The systems that were set up were dividing people, so nobody knew what was happening,” Meyers said.

The archdiocese then hired a retired FBI agent to investigate the matter, interviewing nuns and staffers. “When he was talking to Sister Mary Margaret, she did acknowledge that she had been taking all the money, so that’s not a question,” Meyers told the Beach Reporter.

No other staff members are suspected of taking any money.

Bank records on a “long forgotten” church bank account that was opened in 1997 are missing prior to 2012, auditors told parents. Only Chang and Kreuper knew about the account, they added.