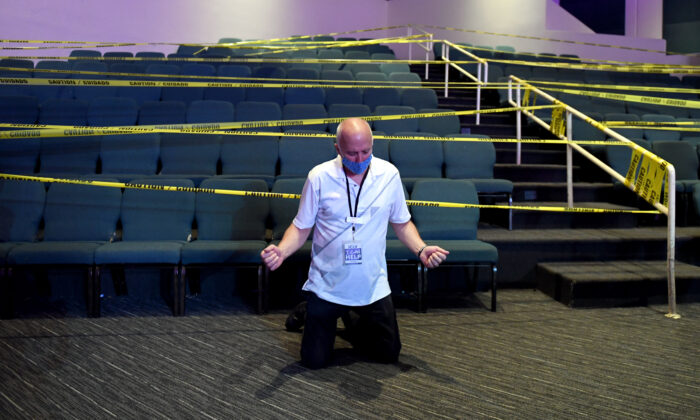 A man kneels to pray in front of seats cordoned off with caution tape due to the CCP virus at the International Church of Las Vegas in Las Vegas, Nev., on May 31, 2020. (Ethan Miller/Getty Images)
By Alex Newman

Alex Newman
Alex Newman is a freelance contributor to The Epoch Times. Newman is an award-winning international journalist, educator, author, and consultant who co-wrote the book “Crimes of the Educators: How Utopians Are Using Government Schools to Destroy America’s Children.” He writes for diverse publications in the United States and abroad.
View profile
biggersmaller
Print