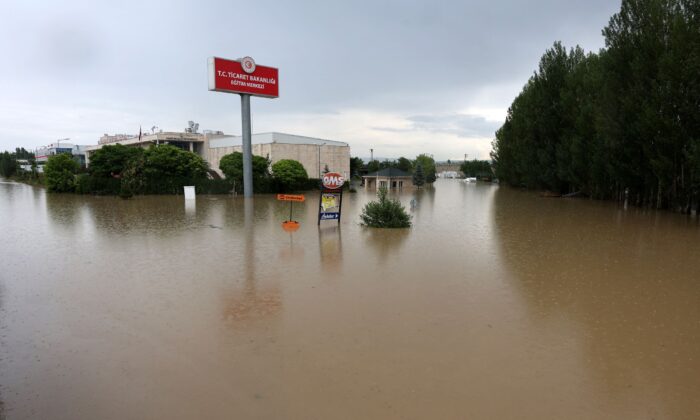 Interior Minister Suleyman Soylu said Tuesday that one of the missing men is a digger operator who was swept away by floods in Duzce Province and the other is a resident in a village in Kastamonu Province.