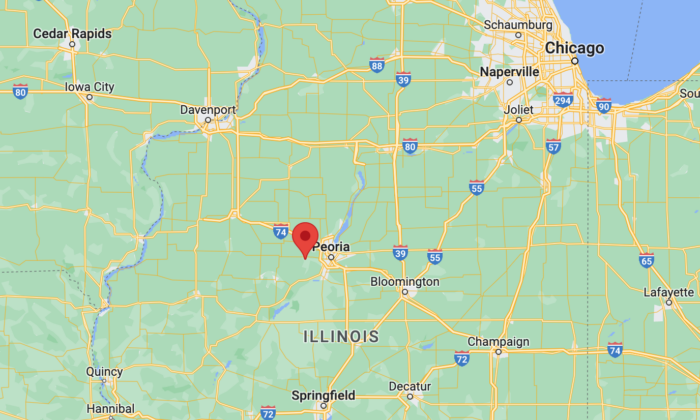 A map showing the location of Hanna City in Illinois. (Google Maps/Screenshot via The Epoch Times)
Illinois

2 Killed When Small Plane Crashes on Roadway in Illinois

HANNA CITY, Ill.—Two people were killed Saturday when a single-engine plane crashed on a roadway in the small central Illinois community of Hanna City, officials said.

According to officials in Peoria County, the plane crashed at about 12:30 p.m. on Route 116. Peoria County Coroner Jamie Harwood said two people who have not been identified were killed and autopsies will be conducted Monday, the (Peoria) Journal Star reported. There were no immediate reports of any other injuries.

The roadway was closed Saturday afternoon as crews worked to clear debris.

The National Transportation Safety Board said that it was investigating the crash of the Mooney M20K plane.

Hanna City is about 180 miles southwest of Chicago.