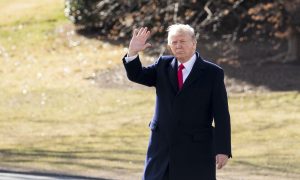 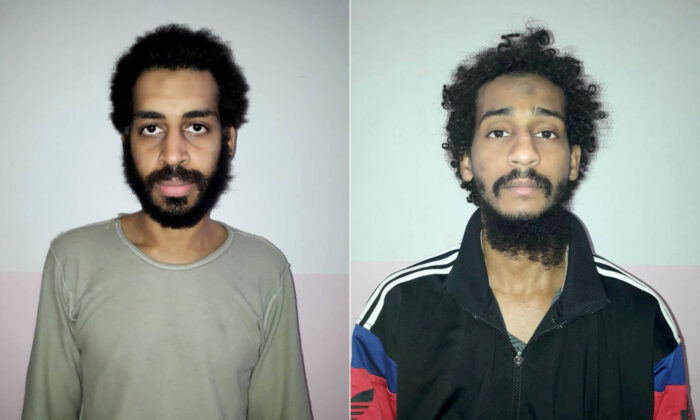 2 ISIS ‘Beatles’ Indicted on Charges Relating to Beheadings of US Hostages: DOJ

The Justice Department has indicted two suspected ISIS terrorists for their alleged role in the abduction and killing of four American journalists and aid workers among others in Syria.

Alexanda Amon Kotey, 36, and El Shafee Elsheikh, 32, have been placed in FBI custody on charges related to their allegedly participating in the hostage-taking scheme and are expected to appear in a federal court in Alexandria, Virginia, later on Wednesday, the department announced.

Kotey and Elsheikh are two of the four men who were often referred to as “The Beatles” by the hostages for their English accents. Other members of the group include Mohamed Emwaz who was killed in a U.S. military airstrike in November 2015 in Syria and a fourth British citizen, who is currently incarcerated in Turkey.

Kotey and Elsheik were captured by Syrian Kurdish forces in 2018 and were later transferred to the custody of the U.S. military.

The men are accused of being involved in the kidnappings, and physical and psychological violence against American hostages journalist James Wright Foley, humanitarian aid worker Kayla Jean Mueller, journalist Steven Joel Sotloff, and aid worker Peter Edward Kassig, as well as nationals from other counties including the United Kingdom, Japan, New Zealand, and other European countries.

“To the American people, today’s announcement is a reminder of the threat that we continue to face from radical Islamic terrorists,” Assistant Attorney General John C. Demers of the National Security Division said during a press conference on Wednesday. “These terrorists despise the freedoms and way of life we cherish as Americans and are hell-bent to impose their ideologies on a world that continues to reject them.”

According to the indictment, between 2012 and 2015, Kotey and Elsheikh are also accused of facilitating the demand of a monetary ransom and other conditions for the release of the hostages and operating a sophisticated and coordinated media operation designed to further their terrorist goals.

During captivity, the hostages were subjected to prolonged and brutal acts of torture including forced witnessing of murders, mock executions, shocks to the body, placed in headlocks and chokeholds, waterboarding, beatings, denial of bathroom access, food deprivation, and being physically restrained with handcuffs or zip ties, the indictment alleged.

“These charges are the product of many years of hard work in pursuit of justice for our citizens slain by ISIS. Although we cannot bring them back, we can and will seek justice for them, their families, and for all Americans,” Attorney General William P. Barr said in a statement.

“Our message to other terrorists around the world is this—if you harm Americans, you will face American arms on the battlefield or American law in our courtrooms. Either way, you will be pursued to the ends of the earth until justice is done,” he added.

This comes after Barr provided an assurance to the UK government that the United States would not pursue the death penalty against Kotey and Elsheik in return for evidence that could assist in the U.S. prosecution of the two men.

A British court ruling (pdf) earlier this year effectively blocked the UK government from sharing information with U.S. authorities, saying that the evidence should not be handed over without the proper death penalty assurances.

If convicted, the men face a maximum penalty of life in prison.

Parents of one of the victims, Kassig, said in a statement that they were relieved that Kotey and Elsheik will be prosecuted for their alleged crimes.

“We are grateful to many for their assistance throughout this journey to date,” Ed and Paula Kassig said in the statement. “Although nothing can bring our son back, we are grateful that his alleged captors will face justice in the form of a fair trial under U.S. criminal laws.”