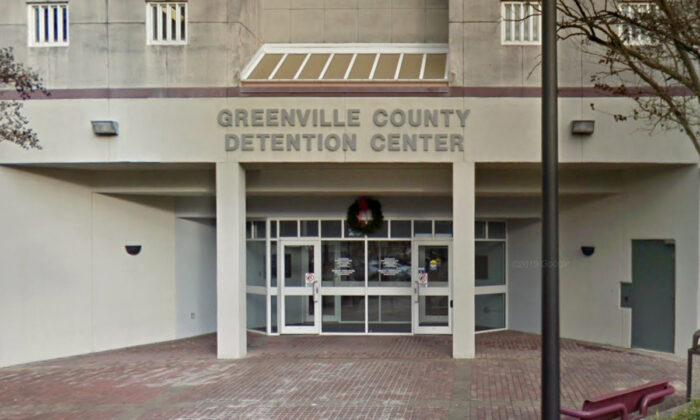 The Greenville County Detention Center in Greenville, S.C., in December 2018. (Google Maps/Screenshot via The Epoch Times)
Crime and Incidents

GREENVILLE, S.C.—A coroner identified Friday two inmates who died in the same unit of a local jail in South Carolina the day before.

The Greenville County Coroner’s Office said Friday that the cause and manner of the deaths were still under investigation. Authorities previously said autopsies for both men had been scheduled Friday.

Officials have not said what charges the men faced or how long they had been jailed. Online court records show Zack was charged in 2020 with felony DUI resulting in death. Those charges were still pending as of Friday, according to the court database.