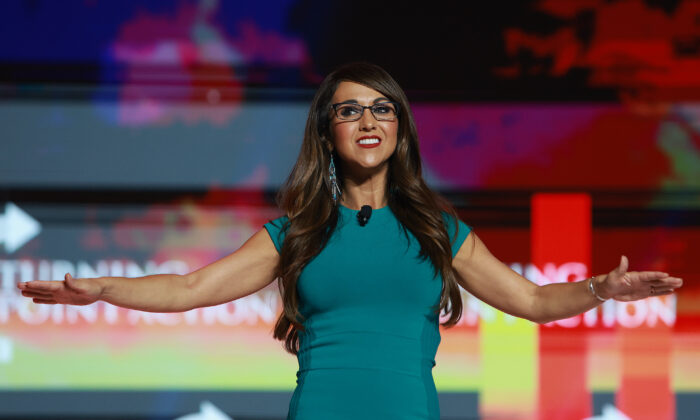 Two House races still have not been called more than two weeks after Election Day.

The Republican Party is expected to strengthen its majority in the lower chamber of Congress when those two races are officially declared as GOP candidates are leading in both contests.

In the redrawn 13th Congressional District in California, John Duarte, a Republican Party candidate, received 50.2 percent of the total votes as 99 percent of the votes have been tabulated. Democrat candidate Adam Gray trailed Duarte by 593 votes, less than 0.5 percent.

The race has not been called because Colorado law requires an automatic recounting when the difference is less than 0.5 percent.

With these two seats being added to the Republican majority, the GOP would have 222 seats in the U.S. House while the Democratic Party would have 213.

Data Reveals a Hopeful 2024 for Republicans

According to data compiled by the Cook Political Report, Republican House candidates received more than 3.3 million popular votes than their Democratic counterparts in the midterm elections.

Out of the total 106.6 million votes, Republicans beat Democrats with an advantage of 50.8 percent to 47.7.

Charlie Cook, founder of the Cook Political Report, wrote on Nov. 14 that the Republican Party—with a 4.9 percentage point advantage at that time—would normally gain 20–30 seats in the House, but didn’t gain as many seats as anticipated.

“Simply put, Republicans picked up the votes they needed, just not where they needed them most. Clearly something or someone intervened, affecting the outcome of the election in the places that mattered,” he wrote.

The popular vote didn’t give the Republican Party more seats because of redistricting, and Republican voters are more concentrated than before, he said.

However, the advantage in popular votes indicates the Republican Party could have a hopeful 2024.

“Republican House candidates won 58 percent of the popular vote in the South and 53 percent in the Midwest, two regions that together account for 298 of the 538 electoral votes. Duplicating that support is one way an unproblematic Republican nominee could top 270 electoral votes in 2024,” he wrote.

Checks and Balances Have Started

With President Joe Biden, a Democrat, in the White House and the U.S. Senate still being controlled by the Democrats for the next two years, the Republican majority in the House can hardly move forward with its policy agenda.

However, it’s most likely the Republicans will launch more investigations into the executive branch after January.

“This is an investigation of Joe Biden, the president of the United States, and why he lied to the American people about his knowledge and participation in his family’s international business schemes,” he said at a press conference.

Comer, who is the incoming Oversight Committee chairman, claimed that the Biden family “flourished and became millionaires by simply offering access to the family.”

“This committee will evaluate the status of Joe Biden’s relationship with his family’s foreign partners, and whether he is a president who is compromised or swayed by foreign dollars and influence,” Comer said.

McCarthy, who is expected to succeed Rep. Nancy Pelosi (D-Calif.) as speaker of the House, told reporters in El Paso at the U.S. border with Mexico after meeting with U.S. Border Patrol officials that Mayorkas should “resign.”

“He cannot and must not remain in that position. If he does not resign, House Republicans will investigate every order, every action, and every failure to determine whether we should begin an impeachment inquiry.”

Cathy He and Mark Tapscott contributed to this report.

Correction: John Duarte’s congressional district is the 13th, not the 12th. The Epoch Times regrets the error.