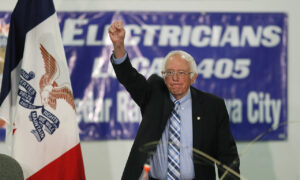 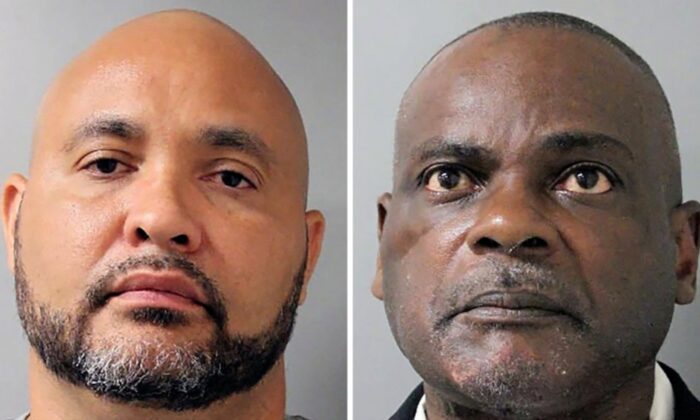 This combination of undated photos provided by the Houston Police Department shows Steven Bryant and Gerald Goines in Houston. The former Houston police officers are facing federal charges for their roles in a January 2019 drug raid that left two people dead and several officers injured. Federal authorities said Wednesday, Nov. 20 that the charges against the pair are the result of a civil rights investigation by the FBI. (Houston Police Department via AP)
Crime and Incidents

Two former police officers who allegedly falsified information, resulting in a deadly drug raid that killed a Houston couple earlier this year, were arrested by the FBI on Wednesday.

Former officers Gerald Goines, 55, and Steven Bryant, 46, along with civilian Patricia Ann Garcia, 53, were taken into custody over the Jan. 28 raid that led to the death of Rhogena Nicholas, 58, and Dennis Tuttle, 59, including injuries to four other officers, the Department of Justice said in a statement.

One officer remains paralyzed from the waist down, reported Chron.

Goines, is charged with seven counts, including depriving the victims’ constitutional right to be secure against unreasonable searches, obstructing an official proceeding, and murder.

It is alleged that Goines made numerous false statements in the search warrant, including fabricating a story about an informant purchasing narcotics at the Houston property. Goines later admitted to buying the drugs himself, reported Fox news.

“We’re waiting to hear why the government thinks what they think and are looking forward to defending the case,” said attorney Nicole DeBorde, who is representing Goines.

It is alleged that Bryant falsely claimed that he assisted Goines in the investigation, and that he identified as heroin the drugs found in Goine’s vehicle before the raid.

Bryant, who was granted a $50,000 unsecured bond, pleaded not guilty.

Derek Hollingsworth, one of Bryant’s attorneys, said the ex-officer is “worried” and that the federal charges “were unexpected.”

Garcia, a neighbor of the slain couple, is accused of making fake 911 calls that led police to the home. She is facing one count of providing false information.

Federal prosecutors allege Garcia made several calls claiming her daughter was inside the couple’s home, that the couple were drug addicts, drug dealers, and had guns inside their house.

Family and friends of Tuttle and Nicholas have continuously dismissed allegations that the couple sold drugs. Police found small amounts of marijuana and cocaine in the house, but no heroin.

“We hope the Nicholas family’s quest for justice in the death of Rhogena will be expedited by the FBI’s actions today,” said Michael Doyle, one of the Nicholas family attorneys who has been conducting an independent investigation of the raid. “The federal indictments confirm the breadth and depth of the lies told to justify the raid before and after the death of Rhogena Nicholas.”

According to ABC13, prosecutors do not believe Goines followed standard police protocol between the tip and the raid.

Additionally, prosecutors said that Goines admitted to providing false information to a magistrate judge in order to secure the “no-knock” warrant. A “no-knock” warrant (pdf) authorizes officers to enter certain premises to execute a warrant without first knocking or otherwise announcing their presence.

The Harris County District Attorney’s Office issued a statement stating that it was “not uncommon” for federal and local authorities to pursue charges against defendants, reported The Houston Chronicle.

“We all want to flesh out all the facts, all the evidence,” said spokesman Dane Schiller, “and ensure that the truth is known.”

Goines faces up to life in prison if convicted of the most serious charges related to depriving the couple of their constitutional right to be secure against unreasonable searches. Bryant faces up to 20 years in prison while Garcia faces up to five years if convicted.

The Associate Press contributed to this report.