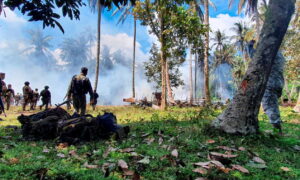 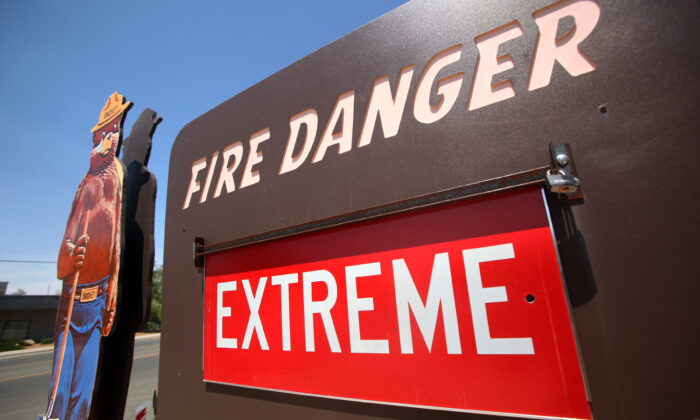 An extreme fire danger sign is pictured outside of the Prescott Fire Station 1 in Prescott, Ariz., on July 2, 2013. (Krista Kennell/AFP via Getty Images)
Arizona

2 Firefighters Die as Plane Goes Down While Surveying Blaze

WIKIEUP, Arizona—Two firefighters died Saturday after a aircraft they were in to respond to a wildfire crashed in Mohave County, local media reported.

The Arizona Bureau of Land Management told KPHO-TV that the aircraft helping perform aerial reconnaissance and command and control over the Cedar Basin Fire burning near Wikieup, a tiny community of about 100, crashed around noon.

The two crew members on board did not survive, officials told KPHO and the Arizona Republic.

Garcia said these firefighters are one of the earliest personnel responding to a wildfire.

The lightning-caused Cedar Basin Fire has burned 300 acres. The National Transportation Safety Board is investigating the crash.