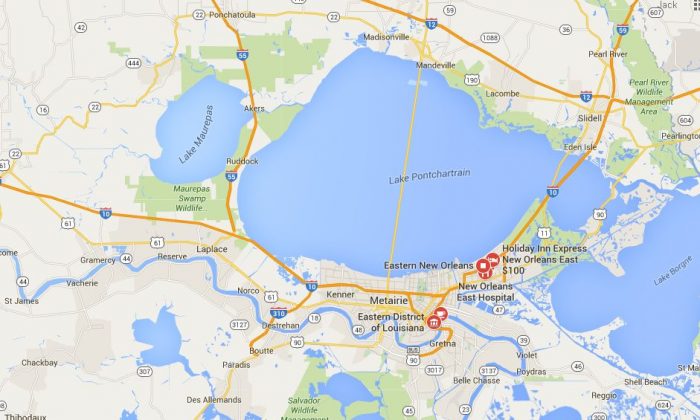 20 shots heard
By The Associated Press

NEW ORLEANS  — New Orleans police are investigating the fatal shooting of a 25-year-old man and a 23-year-old pregnant woman.

Ugh. One of the victims in a New Orleans shooting this morning was pregnant. https://t.co/vaXoqrLTL2

At double killing in eastern New Orleans: ‘It was like Vietnam,’ 20 shots heard https://t.co/4wYRmCjZ15 pic.twitter.com/SbCzPLHlHT

Barnes says officers responded to a call of shots fired in the parking lot. He says officer found 25-year-old man the driver seat and the 23-year-old woman in the front passenger seat of a Chrysler PT Cruiser.

Barnes says both victims suffered multiple gunshot wounds. They were both pronounced dead on the scene.

The Orleans Parish coroner will release the identity of the victims after notification of family members.