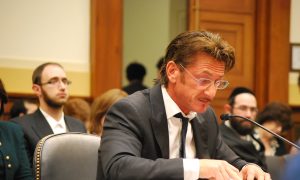 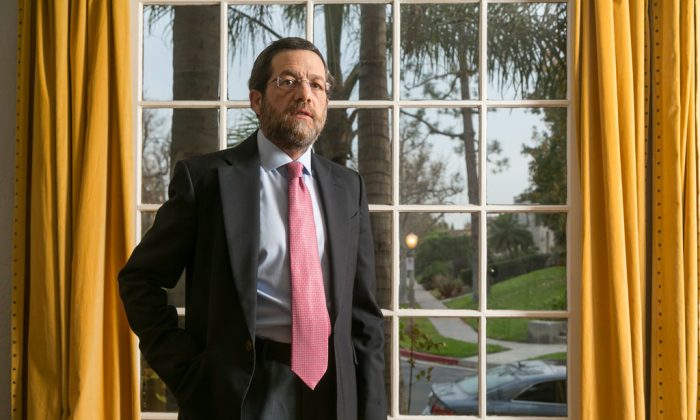 US businessman businessman Jacob Ostreicher poses for a photo in Los Angeles on Dec. 15, 2014. A Bolivian judge sentenced to three years in prison on Thursday, Jan. 15, 2015 the No. 2 figure in the extortion ring that victimized Ostreicher and was exposed by actor Sean Penn. Ostreicher went to Bolivia to salvage a rice-farming venture only to be arrested in June 2011 and held 18 months without charge in a money-laundering investigation. The extortion ring drained the assets of the $25 million rice venture. (AP Photo/Damian Dovarganes)
Americas

LA PAZ, Bolivia—A former Bolivian government official was sentenced to three years in prison Thursday as the No. 2 figure in the extortion ring that victimized U.S. businessman Jacob Ostreicher and was exposed by actor Sean Penn.

Dennis Rodas, who had been a top lawyer in Bolivia’s ministry of government, previously pleaded guilty to crimes including racketeering.

Judge Ximena Flores handed down the same three-year sentence to another conspirator, Moises Aguilera, who as director of the office for confiscated assets in the eastern city of Santa Cruz illegally sold rice that had been confiscated from Ostreicher. He also pleaded guilty last month.

More than a dozen Bolivian officials, including prosecutors and judges, have been jailed in the Ostreicher case.

The New York man’s plight gained attention when Penn took up his cause and got him out of Bolivia’s dangerous Palmasola jail in late 2012. A year later, the actor helped Ostreicher slip out of Bolivia, and he has since helped nurse Ostreicher back to physical and emotional health.

Ostreicher went to Bolivia hoping to salvage a rice-farming venture only to be arrested in June 2011 and held 18 months without charge in a money-laundering investigation. Ostreicher, the former owner of a flooring business in Brooklyn, said he was falsely accused, with no evidence presented.

Meanwhile, the extortion ring drained the assets of the $25 million rice venture.

In May 2012, Ostreicher told The Associated Press that Rodas and his boss, Fernando Rivera, were extorting him. He said they were telling him they could get him out of prison in exchange for $110,000. Ostreicher said he refused to pay.

From The Associated Press. AP writer Frank Bajak in Lima, Peru, contributed to this report.