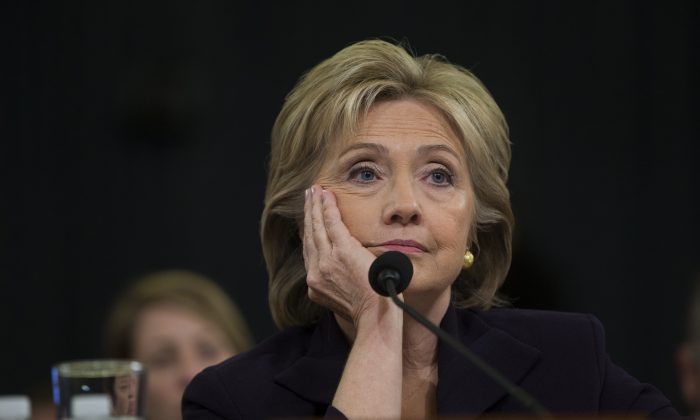 Two sources familiar with the review spoke to Fox News on condition of anonymity because they weren’t authorized to speak on record.

One of the two emails remains “top secret” to this day and was supposed to be handled at only the highest security level. The other was at a lower level but is still considered classified.

The review was conducted by the CIA and the National Geospatial-Intelligence Agency, which owned and originated the intelligence contained in the emails.

The fact that one of the emails has been downgraded from its original classification has no bearing on the “top secret” nature that it was labeled when first received, in terms of the ongoing FBI probe. Clinton could face criminal charges based on the finding of the probe.

Clinton is currently running for the Democratic nomination for president. She was formerly the Secretary of State from 2009 to 2013.

The controversy over the emails began when it was revealed Clinton used her unsecured personal server for official business conducted as Secretary of State as opposed to the secure server operated by the department.