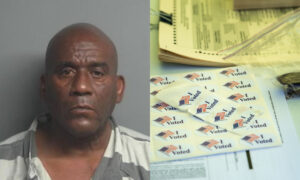 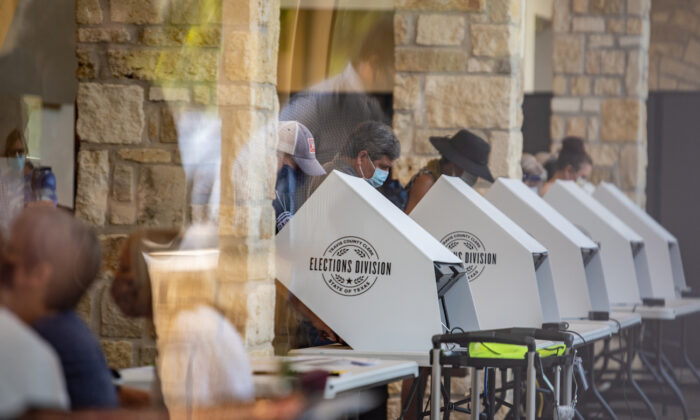 The GOP-controlled Texas Legislature moved closer to passing several voting measures that had prompted Democrat lawmakers in May to stage a walkout.

On July 11, a state House committee voted to advance a bill that would bring back a number of voting integrity-related proposals that didn’t pass during the previous session, which ended May 30. Later that day, Senate lawmakers advanced their version of the voting legislation in a committee vote.

State Sen. Bryan Hughes, the Republican sponsor of one of the bills, said debate over the measure is now “bitterly partisan” but argued that “most of the security measures in Senate Bill 1 [the voting measure] are not aimed at individual voters.”

“By and large, individual voters are trying to vote. They’re trying to do the right thing,” he said, according to KWTX. “We want them to do that. The security measures in this bill, by and large, are directed at vote harvesters or folks who are trying to steal votes.”

State Democrat lawmakers again deployed the argument that the legislation is designed to target minority groups with more restrictions, including curbing drive-thru voting and 24-hour balloting, which were used amid the COVID-19 pandemic last year. Republicans have long denied claims that the bills unfairly suppress minorities’ voting rights.

“We’re going to make it harder for communities of color, for individuals with disabilities, for individuals where English isn’t their primary language, and for seniors to vote and to have access to the ballot box, even though the elections were a resounding success,” said state Rep. John Bucy, a Democrat, according to the station. “When I think about legislation I’m going to file, [I consider] what problem in this state do I want to solve, so I’m trying to figure out what problem is this bill trying to solve.”

Texas-based activist groups also decried the voting measures that are making their way through the legislature. Some activists and protesters were seen holding signs on July 10 in the state Capitol building.

Republicans said over the weekend that they would attempt to set up a full floor vote to advance the legislation.

If the Texas House and Senate pass the voting bills, there’s a very strong likelihood that Abbott, a Republican, would sign them into law. Before the special legislative session was called, Abbott told media outlets last month that he’s focused on several items, including voting reform, banning critical race theory, and barring biological males from competing in women’s sports.

“Even Democrats in the Texas House of Representatives … agree that as it concerns mail-in ballots, that is an area where improving the mail-in ballot system is a way to achieve greater election integrity,” the governor told Fox News on July 11. “So what Texas is doing is we’re making it easier to vote by adding more hours in early voting than we have in current law, but also making it harder to cheat with regard to mail-in ballots.”