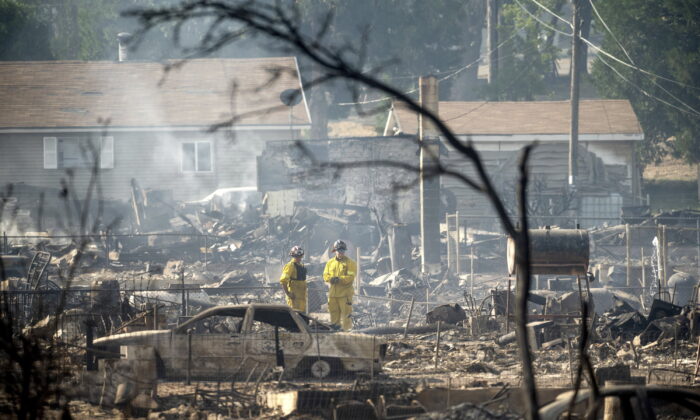 Two people have lost their lives in the town of Weed in Northern California, according to Cal Fire.

The two victims were women, aged 66 and 73, according to police.

The California Department of Forestry and Fire Protection (Cal Fire) stated on Monday that the incident, known as Mill Fire, had burned 4,263 acres and been active for two days, in the town of Weed, Siskiyou County, Northern California. Weed is located 280 miles northeast of San Francisco, and is home to fewer than 3,000 people.

Along with the two fatalities, Cal Fire reported three injured people, 106 destroyed structures, and 14 damaged structures. They did not specify the type of structures, which can be residential, commercial, or other.

Cal Fire has sent 80 firefighting engines, 11 dozers, 31 water tenders, and 738 of its personnel to the Mill Fire.

Firefighters are making progress and they do not anticipate the fire to spread. The Siskiyou County Sheriff has allowed some residents to return to their homes.

The Siskiyou County Sheriff’s Office posted the following on Twitter:

“The Siskiyou County Sheriff’s Office would like to extend its condolences to the friends and family of the deceased. Please join us in keeping the community in your prayers during this time.”

Weed has suffered under three major fires since 2014.