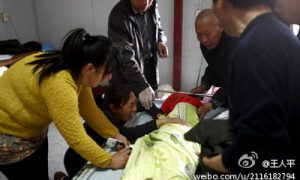 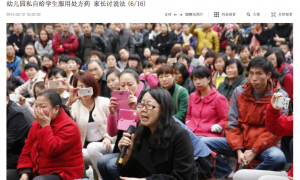 Chinese Kindergartners Force Fed Drugs to Keep Them in School
0 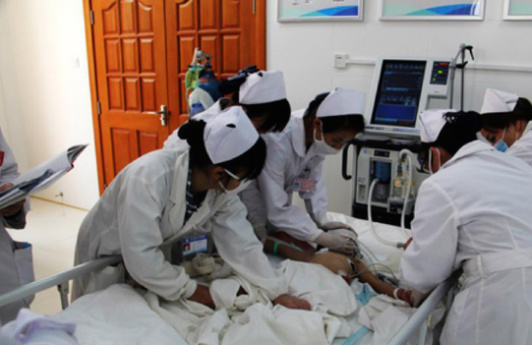 A child suffering from poisoning receives emergency treatment at a hospital in Yunnan Province on March 20, 2014. (Xinhua/Screenshot)
China

Two young girls died and another 30 children were sickened, after eating snacks containing banned rodenticide at a kindergarten in Yunnan Province.

The incident happened Wednesday at the Jiajia Kindergarten in Quibei County, Wenshan. Seven of the children were in a critical condition at hospital, including two girls aged four and five, who later died.

The food served at the preschool has been tested and deemed safe, according to a statement by the kindergarten. State media reported that investigators found the neurotoxin tetramine on snacks brought in by a boy, who shared them with other children.

Tetramine was banned in 1991, because it is harmful to health in humans and livestock, but continues to be available for public use. It is unclear whether the poisoning was intentional.

State broadcaster CCTV reported that the preschool was not fully licensed, but had been accepting students since last year.

Quibei County is a rural and impoverished area. Most parents there send their children to private kindergartens due to the limited number funded by local authorities. Thirteen of 16 kindergartens in downtown Wenshan are privately run, according to China.org.cn.