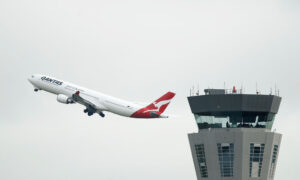 Two people have been killed and eight injured in a mass stabbing in Finland on Friday, according to Sky News.

Police shot the suspect in the leg and arrested him, Fox News reported. The killer struck in the early afternoon, screaming “Allahu Akbar” as he rampaged through the streets, Daily Mail reported.

Several people were seen lying on the ground on the streets in the Finnish city of Turku, according to Finnish broadcaster YLE.

Police are looking for additional suspects in the attack.

One of the people stabbed was pushing a stroller, according to The Sun. The attack occurred in the Puutori-Market Square area.

Authorities have not labeled the rampage a terrorist act.

“The government is closely following the events in Turku and the ongoing police operation. The government will meet later today,” Prime Minister Juha Sipila wrote on Twitter.

Images on Twitter show at least one body covered by a white sheet on the ground.

Authorities are asking people to stay of the central area of the city since there may be more attackers.

The attack in Finland comes on the heels of horrific events in Spain where 14 people were killed and more than 100 injured in separate attacks.

Turku is 100 miles from Helsinki. It is Finland’s 6th largest city.