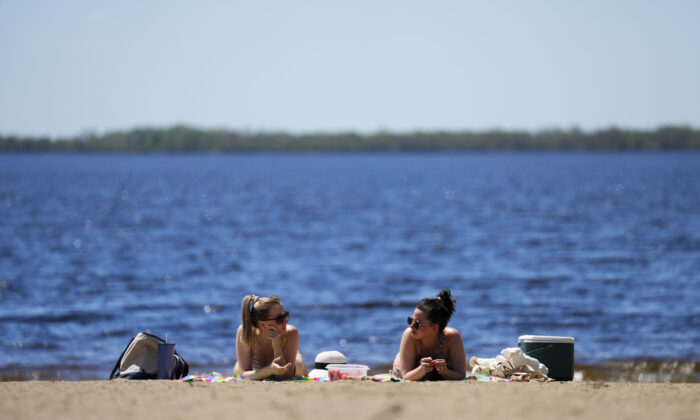 Ontarians can expect a wave of hot weather over the next two days, with maximum temperatures reaching mid-30 degrees Celsius in southern parts of the province.

Environment Canada has issued public weather alerts for the first heat event of the year, which will hit some parts of northern Ontario and much of the province’s southern cities and regions, including Hamilton, London-Middlesex, Toronto, Peel, Waterloo, Windsor, and York-Durham.

Minimum temperatures at night will be in the low 20s on June 21 and June 22, providing little relief from the heat, the agency said.

Cooler air is expected to arrive by June 23.

Heat warnings & special weather statements for heat are in effect for various parts of the prov. It’s a good time to pay close attention to elderly people around you, especially if they live alone, to make sure they are doing okay. #ONStorm #ONHeat pic.twitter.com/ZvttMJca4i

“Never leave people or pets inside a parked vehicle.”

The agency also advised eating cool, light meals, and taking regular breaks in the shade for those working outdoors.

Environment Canada also warned of deteriorating air quality that comes with the heat, which could bring the Air Quality Health Index (AQHI) into the high-risk category.

As of June 21 morning, the AQHI reached moderate risk in Windsor West and the downtown area, while many regions will experience moderate risk—levels 4 to 5 on the ten-point AQHI scale—under the current forecast for June 22.