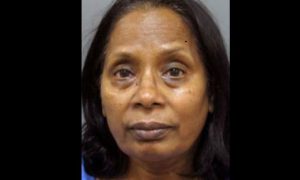 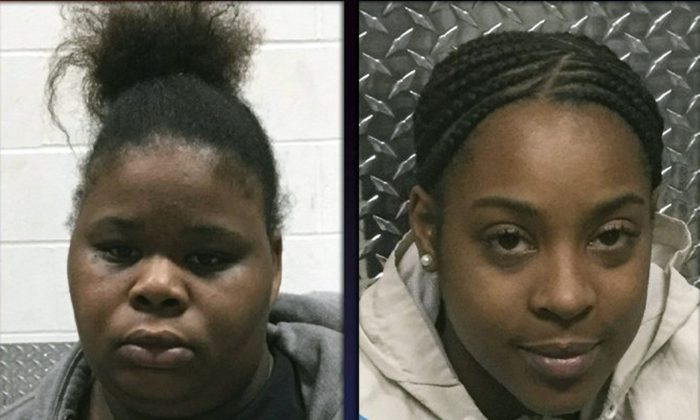 ST. LOUIS—Charges have been filed against two Missouri day care center workers after surveillance video showing a 3-year-old girl being thrown against a cabinet went viral.

The woman accused of throwing the girl, 27-year-old Wilma Brown, was charged with felony child abuse on Thursday in St. Louis County. Relatives said the girl sustained a head gash that required seven stitches during the incident on Feb. 1 at Brighter Day Care and Preschool.

The girl’s family said they were initially told the girl fell, but five days later watched surveillance video with the center’s director that showed a worker throwing the child into a cabinet.

A warrant has been issued for Brown’s arrest. Brown doesn’t have a publicly listed telephone number and couldn’t be reached for comment by The Associated Press.

Prosecutors also charged 22-year-old Ariana Silver for a separate incident on Feb. 27 that was also allegedly captured by surveillance video. Charging documents allege Silver squeezed a 4-year-old girl’s arm and punctured her skin, and then carried the girl by her foot.

Silver is jailed on $50,000 bond. Jail records don’t show whether she has an attorney, and she doesn’t have a publicly listed home phone number.

Both women have been fired, according to Timothy Smith, an attorney for the daycare center.

Smith said the center is cooperating with investigators and “has provided exemplary, high quality educational and childcare services to thousands of children and their families for more than a decade.” The attorney said teachers and staff are properly trained, and the center works to provide a safe environment.