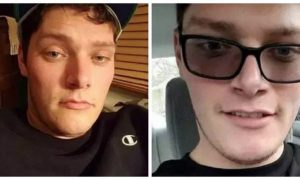 At least two children were killed in Dayton, Ohio, when a stabbing suspect fled police, climbed into a police cruiser, shook off a stun gun blast, and flew off in reverse before turning around and careening into the evening traffic.

At least 12 people were taken to hospital after the incident on Aug. 26, and seven children were removed from the scene near the main Dayton Metro Library, reported ABC.

Officers responded to a stabbing incident at around 7 p.m. in Dayton, but the suspect had fled by the time they arrived at the scene, according to the news station.

Meanwhile, police in the nearby Riverside suburb of the city received a call about a car crashing into a tree. The driver turned out to be the stabbing suspect, who fled and gained access to a police cruiser.

Footage shared by eyewitnesses shows an officer outside the police cruiser open the door, talking to the occupant before discharging his stun gun into the vehicle, which reverses several seconds later at high speed with the door still open.

Jonathan Poston, who recorded a video of the moment, told WHIO that the suspect had run round into the police cruiser when officers went to check on his truck, which had crashed into a tree.

Poston said the suspect fought with the officer after being hit with the stun gun barbs, put the SUV in reverse before turning the corner, putting the SUV into drive, and heading toward Dayton.

“I thought something was wrong with [the man], because he was pacing back and forth across Airwa—in traffic,” Poston said. “He was definitely on something. I’ve never seen anybody get tased and not fall down immediately, let alone fight back with a police officer and take his vehicle.”

The suspect drove back into the center of Dayton in the stolen police SUV where he drove into an oncoming car at the intersection near the library.

Eyewitness Tiffany Hameil, who was waiting for a bus on East Third, told WHIO one of the vehicles was spun around in the collision, hitting parked vehicles.

“I was terrified,” the Riverside resident said. “There were car parts flying all over the street.”

The library is just a few blocks from the popular nightlife district where nine people were shot dead and 17 injured in a mass shooting earlier this month.

The suspect has been arrested, but has not been named and is being treated in hospital, according to Cleveland.com.

On-the-ground media reports show the crumpled police cruiser behind the yellow police tape, at the scene, along with wreckage strewn across the street together with two pedal bikes. A red SUV with the front caved in can be seen nearby.

Eyewitness Denorris Hopgood told WHIO that a van involved in the crash had seven children inside, with some in child seats.

One child appeared to be severely injured, and another was pinned between a door and a seat, he said.

WDTN reported that two officers involved in the incident are being treated for minor injuries, according to Riverside police.