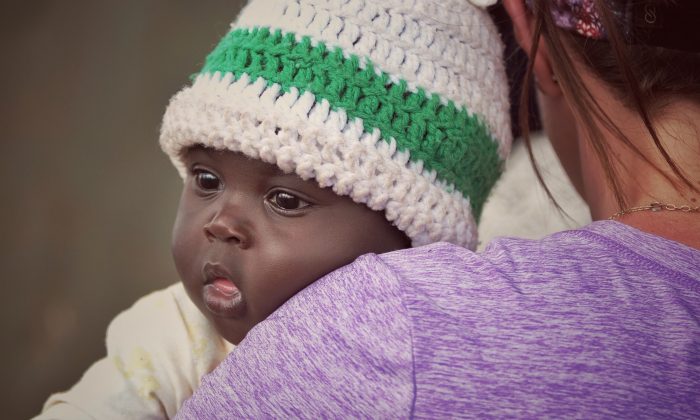 Two Chicago mothers were killed in a drive-by shooting last week as they stood volunteering on a street corner with a charitable organization that aims to create a safe space against “senseless killings.”

Chantel Grant, 26, and Andrea Stoudemire, 36, were shot dead in the Auburn Gresham neighborhood while volunteering with Mothers/Men Against Senseless Killings (MASK), the organization said in a post on Facebook.

The mothers were gunned down at around 10 p.m. on July 26 by individuals of a blue SUV as they stood on a street corner often occupied by MASK volunteers, according to the Chicago Police Department.

Police have not yet made any arrests, reported BBC News.

They both suffered multiple gunshot wounds to the chest and were rushed to a nearby hospital where they were pronounced dead.

Two others were also shot in the same incident, reported NBC News, including a man, 30, who is currently in stable condition after admitting himself to hospital with a gunshot wound to his arm, according to police.

Another man, 58, fell to the ground during the attack and suffered minor injuries.

Tamar Manasseh, the founder of the organization, told reporters at a news conference that she sees the killings as a “personal threat.”

“For mothers to be killed in a place where mothers go to seek safety and sisterhood, I take that as a personal threat,” she said July 28.

“Because when you come for one of us, you better believe they came for all of us … That could’ve been any of us.”

However, Supt. Eddie Johnson, of the Chicago Police Department, told reporters on July 30 there is no reason to believe the two mothers were targeted in the attack.

“From what we know right now, there is nothing, no evidence to suggest they were targeted because of their affiliation with that group,” he said.

“As a matter of fact, one of them was shot from like a half a block away.”

He added that the Chicago police believed one of the injured men was the intended target.

“We think the targeted individual was the young man that was out there and was struck by gunfire,” he added.

MASK was founded four years ago and aims to “interrupt violence and crime, and teach children to grow up as friends rather than enemies,” according to its website.

Since 2015, the group has occupied the corner where the two mothers were killed, often hosting barbecues in the warmer months, in an effort to end gun violence and building a safe space in their community.

“It is terrifying. It is heartbreaking. I haven’t slept because I am trying to figure out how we can stop this,” MASK founder Manasseh told the Chicago-Sun Times.

According to reports, Grant had four children, and her youngest had just turned 1. It is not yet certain how many children Stoudemire had. However, various outlets have reported she either had two or four children.

“She [Grant] was a dedicated mother. Every day Chantell brought her kids here. Every day,” Manasseh said, reported BuzzFeed News.

Manasseh added that Stoudemire was always there for other women within the community.

“Andrea was a mother’s mother. She mothered other mothers,” she said.

In a Facebook post, MASK said members of the organization wish for Grant and Stoudemire to be remembered as “valued, loved moms and community members, not activists in an anti-violence movement.”

MASK are mothers and men “who volunteer or just come out to create a safe and productive space in their community by being the village,” the group explained in the post. “#BuildingCommunity in a violent area is just the right thing to do.”

In 2019, there have been nearly 1,540 shooting victims in the city, a police spokesperson told NBC News.

The murders are currently under investigation, and anyone with information regarding the incident is urged to contact the Chicago Police Department.