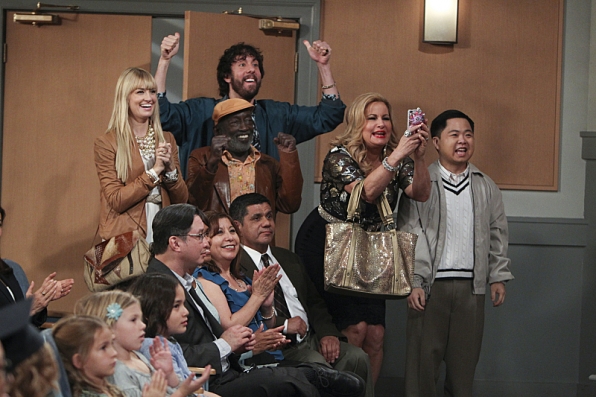 2 Broke Girls on CBS is wrapping up season 3 on Monday with the finale.

The episode, titled “And the First Degree,” features Caroline helping her best friend Max out.

The help is prompted by Caroline finding out that Max didn’t graduate high school–but only by failing to show up for one exam. So she decides to help him get his degree.

She also works to reconnect with her estranged mother.

2 Broke Girls has been renewed for a season 4 although pretty much no details have been released about the new season.

The network has renewed a ton of shows, including the other comedies The Big Bang Theory, Two and a Half Men, Mike & Molly, and Mom.

CSI, Blue Bloods, and Elementary are among the other shows that have been renewed.