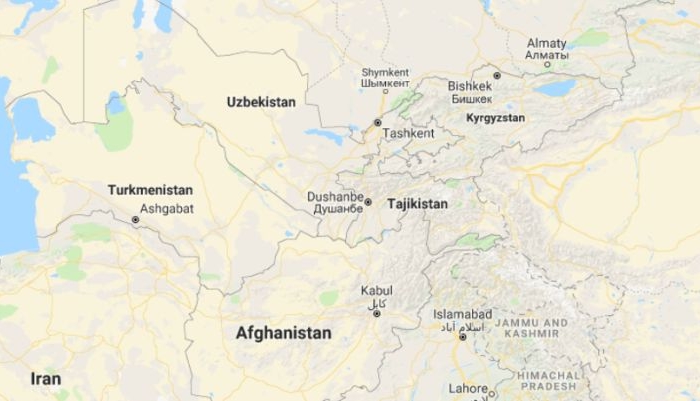 Two American cyclists and two others were killed in the Central Asian country of Tajikistan on Sunday when a car hit them before fleeing the scene, reports said. (Google Maps)
Asia & Pacific

Four cyclists, including two Americans, were killed in the Central Asian country of Tajikistan on Sunday when a car hit them before fleeing the scene, reports said.

“Three foreigners were killed at the scene and another died in hospital,” said the Tajikistan interior ministry, as quoted by the news agency, AFP.

Two Americans among four tourists killed in a hit-and-run accident during a bike tour in Tajikistan https://t.co/2PgVZ68sj9 pic.twitter.com/q1GcTBQwK0

The nationalities of the two other cyclists are not clear.

A 21-year-old man was detained in connection with the alleged hit-and-run, Radio Free Europe/Radio Liberty reported.

AFP, citing officials in Tajikistan, said that two other suspects in the incident were killed.

“One person has been arrested, two others resisted arrest and have been killed,” the interior ministry said, without elaborating.

Four foreign cyclists, including two Americans, have been killed in southern Tajikistan after being hit by a car that fled the scene afterward. https://t.co/gJ0TqZwd7e pic.twitter.com/ThmBg8337W

“Due to privacy concerns, we are unable to share further details. Our condolences go out to the victims’ families, and we will continue to work with Tajik authorities in the ongoing investigation,” the U.S. Embassy in Dushanbe said in a statement.

The accident took place in Danghara, 93 miles south of Dushanbe, the capital of the country.

Tajikistan, a landlocked country, is bordered by Afghanistan, Kyrgyzstan, China, and Uzbekistan. It has been ruled for 26 years by President Emomali Rahmon, who was a Communist Party official when the country was part of the Soviet Union. The U.S. Department of State has described Tajikistan as “an authoritarian state, and political life is dominated by President Emomali Rahmon and his supporters,” saying that the government has a poor human rights record.