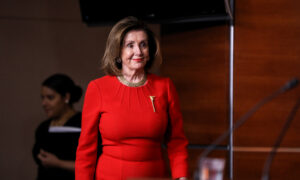 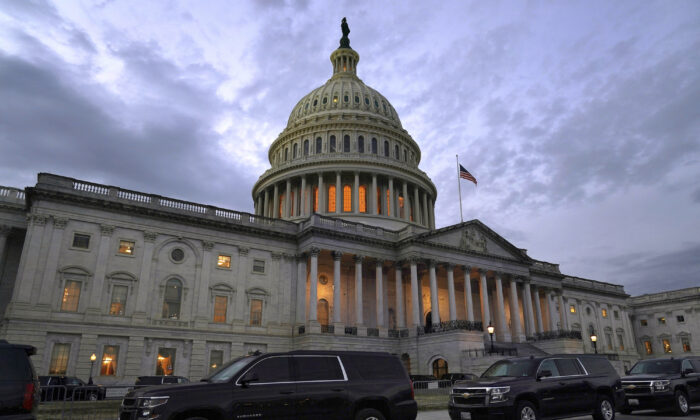 Dusk falls over the Capitol, in Washington, on Dec. 21, 2020. (Jacquelyn Martin/AP Photo)
Politics

The congressionally approved $2.3 trillion year-end spending package, which includes $900 billion in pandemic relief, provides hundreds of millions of dollars in foreign aid and other offshore initiatives.

The 5,593-page legislation (pdf)—by far the longest bill ever—came together Sunday after months of battling, posturing, and post-election negotiating. It passed the House and Senate on Monday and is expected to be signed into law by President Donald Trump within days.

The package includes a $1.4 trillion omnibus bill that will fund defense spending and domestic programs, as well as various forms of aid to foreign countries and other forms of American engagement abroad.

According to the legislation text, it provides $1.4 billion under the Asia Reassurance Initiative Act (ARIA), which was made into law in 2018. ARIA promotes U.S. security interests in the Indo-Pacific region, including by countering certain destabilizing activities by China’s communist regime and resisting emerging threats like the nuclear and ballistic missile programs of North Korea. It also seeks to build new counterterrorism partnership programs in Southeast Asia to combat terrorist threats. Some of the money, around $1.5 billion per year, goes towards shoring up the “defense capacity and resiliency of partner nations to resist coercion and deter and defend against security threats, including through foreign military financing and international military education and training programs.”

Vietnam is slated to receive around $169 million, including funding for health and disability programs in areas sprayed with Agent Orange and contaminated with dioxin, and for the war legacy reconciliation program.

Burma is due to receive $135 million under the bill, for programs that include the promotion of ethnic and religious tolerance and to combat gender-based violence, for programs to strengthen media and civil society organizations, as well as for humanitarian aid to refugees in eastern Burma.

The bill also provides $85.5 million in funding to Cambodia, for initiatives with aims that include strengthening regional security and stability, particularly regarding territorial disputes in the South China Sea and the enforcement of international sanctions with respect to North Korea. Some of the money will also go towards helping Cambodia to “assert its sovereignty” against interference by China, and to “cease violence and harassment against civil society and the political opposition in Cambodia.”

Nepal is slated to receive $130 million, including for development and democracy programs.

The measure passed the House along a 359–53 vote, and passed the Senate along a 91–7 vote. It now moves to President Donald Trump’s desk to be signed.

The bill is likely to be the final major piece of legislation for the 116th Congress that expires on Jan. 3, 2021.