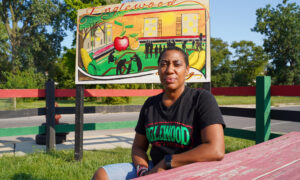 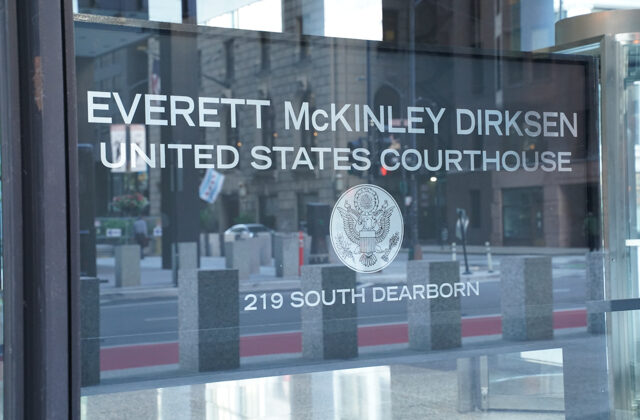 CHICAGO—Labar Spann, sitting in a wheelchair next to his attorney, listened as Assistant U.S. Attorney Kavitha Babu accused him of being the leader of the notorious Four Corner Hustlers street gang that for decades reigned on the West Side of Chicago.

“You will enter a world that you otherwise would not have access to, a world of extortions, drug dealing, and murders between the mid-1990s and 2017,” Babu told the jurors during her opening statement on Sept. 20 at the federal courthouse in downtown Chicago.

Of the six murders that Babu cited, none were directly committed by Spann. Instead, Spann is accused of ordering those murders and aiding in a pattern of crimes as a leader of a criminal enterprise under the federal Racketeer Influenced and Corrupt Organizations (RICO) Act.

Since the 1970s, federal prosecutors have used the RICO statute to go after behind-the-scenes gang bosses and squash the Mafia and street gangs. The last major federal RICO trial in Chicago dates back to 2016, when a jury convicted six Hobo gang leaders, four of whom were sentenced to life in prison.

“There is no organization. This is a group of people acting in their own interests. They answer only to themselves, for their own purposes,” McQuaid said during his opening statement.

McQuaid also intends to shake the credibility of the key testimony against Spann by other Four Corner Hustlers members, he told the jurors. At least three members, including Spann’s longtime enforcer Sammie Booker, decided to testify against Spann in exchange for lesser sentences.

Originally, 10 Four Corner Hustlers members were indicted along with Spann in the sweeping RICO indictment in September 2017. Five co-defendants later took plea deals and three agreed to testify against Spann.

U.S. District Judge Thomas Durkin, the judge presiding over the case, reminded the jurors that opening statements aren’t facts or evidence. Rather, they are merely attorneys’ expectations of what their evidence will show.

He instructed the jurors to look for facts during the trial and apply the RICO law as given before they arrive at a verdict.

After RICO was enacted in 1970 under President Richard Nixon, states quickly followed suit. By the 1980s, more than 28 states had their own RICO statutes.

Illinois passed its RICO law in 2012 at the bidding of then-Cook County State Attorney Anita Alvarez. RICO allows prosecutors to hold leaders accountable, to “widen the net,” Alvarez said at the time, and to demonstrate to a jury or a judge a pattern of crime over a period of years.

The lawmakers opposing Illinois’ RICO law argued that the harsher sentences from RICO prosecutions are often used against underlings of a gang to force them to cooperate with prosecutors and testify against leaders in exchange for lesser sentences.