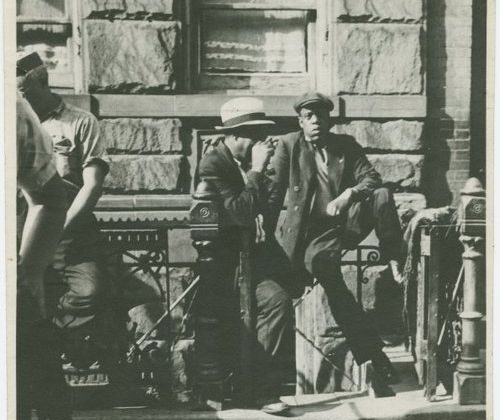 A photo from 1939 that recently went viral shows a man in Harlem who looks startlingly like rapper Jay-Z.

The photo has “created quite a stir since being posted to the Center’s Facebook page the other day. Why? Because the man on the right looks a heck of a lot like Jay-Z,” the library wrote.

“I was immediately struck by the similarity to Jay-Z and actually laughed out loud … I still hope somebody will tell us who that young man really was,” Curator of Digital Collections Sylviane A. Diouf said on the website.