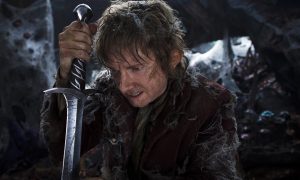 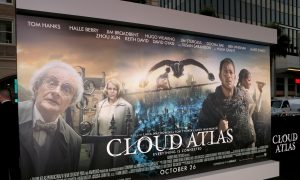 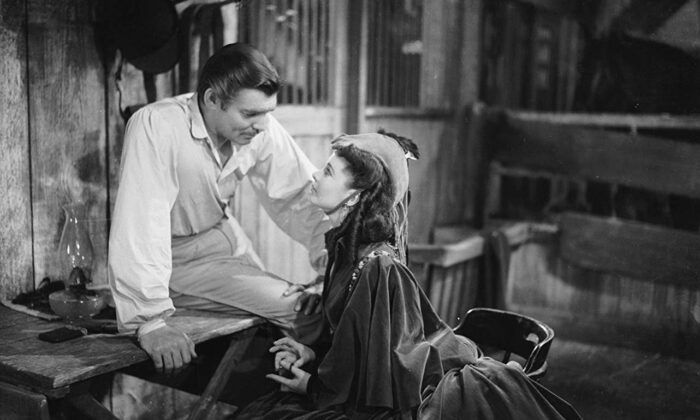 Clark Gable and Vivien Leigh star in "Gone With the Wind," one of the most popular movies in American cinema history. It was released in December 1939. (Warner Bros., MGM)
Entertainment News

Last year, 2019, marked the 80th anniversary of what has been called Hollywood’s greatest year: 1939. Although not everyone agrees that one year can be chosen as the peak of cinema, all film historians concede that 1939 was exceptional.

The two years 1939 and 2019 had many things in common. Both ended a decade. Both saw high film-production because of prosperous economies. Both of these years were marked by a number of blockbusters, many of them long-anticipated.

Were any of the recent releases comparable to the 1939 classics that have withstood the test of time? Let’s consider the statistics to see whether last year could become another “golden year” in Hollywood’s history.

Because so many films now considered classics were released in 1939, it has been called Hollywood’s greatest year. Even those who are unfamiliar with old movies recognize titles from that year. Glance at the Academy Award Best Picture nominees, which included “Gone with the Wind,” “The Wizard of Oz,” “Dark Victory,” “Goodbye, Mr. Chips,” “Mr. Smith Goes to Washington,” “Ninotchka,” “Of Mice and Men,” “Stagecoach,” “Wuthering Heights,” and “Love Affair.”

Other successes included “Gunga Din,” “The Hunchback of Notre Dame,” “Only Angels Have Wings,” and “The Roaring Twenties.” As stated in the Los Angeles Times, in all, 1939 featured 365 American releases!

In 1939, Tyrone Power and Jeanette MacDonald were crowned the King and Queen of Hollywood, having been selected by 20 million Chicago Tribune News Syndicate readers.

The former’s fame reflected the fact that his “Jesse James” was the year’s top-earning movie.

The Quigley Publications Poll, which determined the top box office star every year, named Mickey Rooney winner of 1939. Riding high from his success as Andy Hardy, the 19-year-old received his first Best Actor Academy Award nomination for his performance in “Babes in Arms” this year.

“Gone with the Wind” remains 1939’s crowning achievement, but its fame extends beyond that year. Margaret Mitchell’s 1936 novel (which won the Pulitzer Prize in 1937) was considered impossible to film, primarily for its epic length. However, producer David O. Selznick disproved all naysayers when his drama swept the Oscars, dominated 1940’s box office, and became the top-earning film of all time. Adjusted for inflation, its earnings have still never been surpassed, according to the Guinness World Records. Many consider it the greatest film ever.

Also produced in 1939 was “The Wizard of Oz,” a musical that appealed to all ages. This film made Judy Garland a star and introduced the beloved song “Over the Rainbow.” The most-watched movie of all time, it was voted the favorite movie of the 20th century by a People Magazine poll.

Film critic Jack Mathews says that the year was a Hollywood pinnacle, and blogger Sarah Hartzell cites some reasons. The Great Depression was finally ending, so Americans had money for frivolities like movies. With sound films, improved Technicolor, and talented refugees from Nazi Europe, Hollywood had more to offer than ever before. As a result, American ticket sales were 80 million per week!

In 2019, 106 major U.S. movies were released, according to the Internet Movie Database (IMDb), less than a third of 1939’s output. The 10 top-earning films were “Avengers: Endgame,” “The Lion King,” “Frozen II,” “Spider-Man: Far from Home,” “Captain Marvel,” “Toy Story 4,” “Joker,” “Aladdin,” “Star Wars: Episode IX–The Rise of Skywalker,” and “Fast and Furious Presents: Hobbs and Shaw.” Since eight of these films were made by Walt Disney Studios or its divisions, it’s not surprising that Disney earned 80 percent of 2019’s box office profits.

In addition, 2019 was the first year when eight films earned over $1 billion.

In 2019, the film industry was very different from that of 1939. However, some things have always remained the same. Movies are still a favorite American entertainment, since, whether viewed in the theater or at home, they provide escape from reality. The film industry has expanded since the 1930s, with a larger foreign industry and more independent companies. However, the biggest films still come from the main Hollywood studios that have dominated for decades.

Can 2019 compare to 1939? It brought many long-awaited films, such as “Frozen II,” the sequel to the record-breaking “Frozen”; remakes of beloved Disney Renaissance films “Aladdin” and “The Lion King”; the fourth entry in the popular “Toy Story” franchise; and “The Rise of Skywalker,” the culmination of the 42-year “Star Wars” saga. It also brought us many critically acclaimed films, such as the controversial “Joker” and the nostalgic “Once Upon a Time in Hollywood.” As in 1939, there were many blockbusters.

The main difference between these years is the type of entertainment being produced. Most 1939 films were original stories by Hollywood writers or adaptations of popular plays and novels. In contrast, almost all of 2019’s major films were sequels, remakes, or installments in franchises.

Although many 2019 films were considered family movies, few modern films can compare with the decency of 1939 movies. From 1934–1954, the Motion Picture Production Code ensured that all films complied with decency standards, which made them appropriate for all ages. Since no nudity, profanity, or excessive violence was allowed, there was no need for age restrictions in those pre-Rating System days. Remarkably, filmmakers still managed to make entertaining and vastly successful movies without unacceptable content. In 2019, the many PG-13 and R-rated films excluded millions of audience members.

Hollywood may still know how to make financially successful films, but it has forgotten the art of making original, wholesome entertainment.