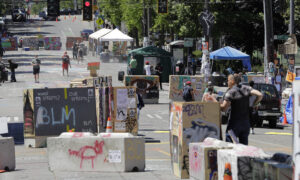 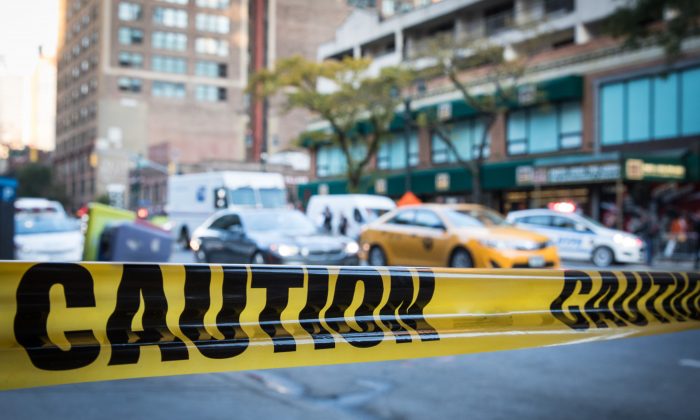 A 19-year-old woman was shot in the chest during and a man was injured after gunfire erupted in the Flatiron District in Manhattan on Friday.

WABC reported that shots were fired after an argument broke out on Fifth Avenue at West 26th Street near Madison Square Park around 12:30 a.m.

Amid the gunfire, 19-year-old Erica Lopez was shot by the attacker in the chest and 21-year-old Andrew Arias was shot in the leg. Lopez was pronounced dead a the scene by the NYPD and Arias was rushed to Bellevue Hospital, according to the New York Post.

Both victims are from Connecticut, with Lopez from Norwich, and Arias from Norwalk.

Arias was in stable condition as of early Friday, according to the Post.

The suspect fled in a gray Nissan sedan, according to descriptions from investigators, reported the Associated Press.

Police have not yet made any arrests.

The shooting comes as New York has seen an increase in shootings and violent attacks.

5 Shootings in Less Than 5 Hours

This incident was also one of five shootings that took place in New York on Friday between 12 a.m., and 4:30 a.m., according to WABC.

Another shooting took place at 12:30 a.m., located near 4648 Park Avenue in the Bronx. A man was shot in the abdomen.

At around 1:43 a.m., another shooting happened outside of 919 Myrtle Avenue in Brooklyn, where a 25-year-old was shot in the right leg and right arm.

At around 2:15 a.m., a 36-year-old man reportedly shot himself during a dispute outside 69-34 Elizabeth Avenue in Far Rockway. According to the news outlet, the dispute was between him and a 39-year-old woman. WABC reported that the bullet grazed the left side of his back, and that he was hospitalized but is currently in police custody.

Then at 2:59 a.m., a 21-year-old woman was shot in the left calf while she was outside 310 East 113th Street in East Harlem, according to the news outlet. The suspects were reportedly a man and a woman riding on a scooter, who fled the scene shortly thereafter.

And around 4:30 a.m., an 18-year-old woman who was watching fireworks was shot and a bullet grazed her left cheek. She was then taken to the St. Barnabas Hospital.