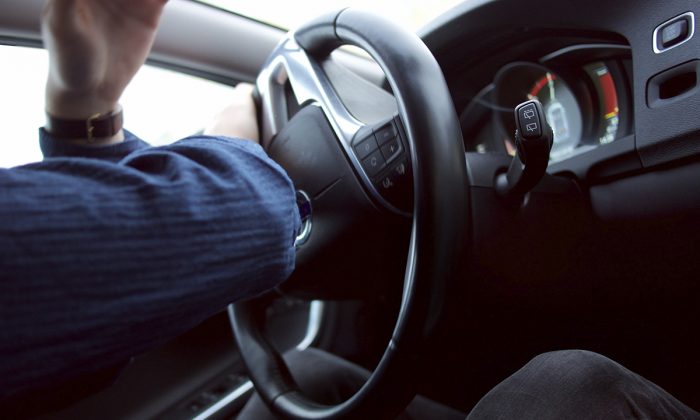 A 19-year-old aspiring police officer is in prison after losing control of his Vauxhall Corsa. It veered off the road near Kettering, crashing it into a tree.

One of the passengers inside the vehicle at the time, 17-year-old law student Meredita Kelmelyte was killed in the crash.

The Driver, Joe Plimmer, who only had his license for a little over three months, was said to be trying to race an orange sports car at the time of the crash reported the Daily Mail.

Three passengers were in the car with Plimmer during the incident which occurred at 9:10 pm on the evening of April 18, 2018.

According to the BBC, Plimmer, Kelmelyte, and the other two passengers left a fast-food chain in Kettering to pursue a Nissan sports car that they had been admiring.

Plimmer lost control of the vehicle on a bend about 220 yards past a warning sign going 63mph. He veered off the road, crashing into a tree.

Upon arrival to the Kettering, Northants crash site, rescue teams tried to mitigate what damage they could, Kelmelyte however, was pronounced dead at the scene.

A teenage driver who caused the death of his friend in a crash has been jailed for nine months. Joe Plimmer, 19, of #Rushden, admitted causing the death by careless driving of Meredita Kelmelyte, 17, (pictured) in a collision on April 18, 2018. Read more: https://t.co/VS62VU7Xyf pic.twitter.com/OAwD3cF6LH

Plimmer was later sentenced to nine months in an institute for young offenders, allegedly breaking into tears while admitting he was at fault for the incident.

Judge Adrienne, who was presiding over the case, told Plimmer during the trial, “No sentence will heal the grief suffered by Meredita’s family. They are heartbroken.

“A young life was cut short in these terrible circumstances. Your driving fell not far short of dangerous driving.”

Gareth Weetman, a prosecutor for the case, said the driver of the orange sports car recalled thinking that Plimmer was trying to keep pace with him.

“He felt that the driver was trying to keep up with them.

Joe Plimmer, 19, of Keats Way pleaded guilty for causing the death of Meredita Kelmelyte, 17, of Kettering on the Orlingbury Road, Pytchley in April 2018.#HeartNews pic.twitter.com/kxcH8SRydK

“He remembers looking back and seeing the car’s lights coming over the brow of the hill, but then he saw the lights had gone.

“He turned around and saw the car had been in a collision with a tree,” Said Weetman.

As people helped, Plimmer was heard to say: “What happened, mate? The car just went,” he added.

The Corsa was equipped with a “black box.” It recorded the speed at the time of the crash at 63mph.

Jon Hoddle, a forensic collision investigator, said the safe speed for the bend in the road where the incident occurred was 47mph.

Weetman also mentioned, “He was an inexperienced driver which contributed significantly to the collision occurring.”

Hoddle says there was no evidence to support claims that the two vehicles had been racing.

Kelmelyte’s mother, who was present during sentencing, said that while she could see the regret on the face of Plimmer, his actions had “ruined the lives of so many people.”

Kelmelyte, originally from Lithuania, was described by her mother as a “beautiful princess and ray of sunshine.”

Her mother went on to say, “There is not a single second I do not think about her.”

Plimmer’s lawyer for the trial, Derek Johashen, said, “If he could turn back time and swap places he would happily do so.

“If he had known his two rear-seat passengers were not wearing seatbelts; he would have assisted them.”

On top of the nine-month sentence, Plimmer is banned from driving for two years and will have to re-take the driving test.