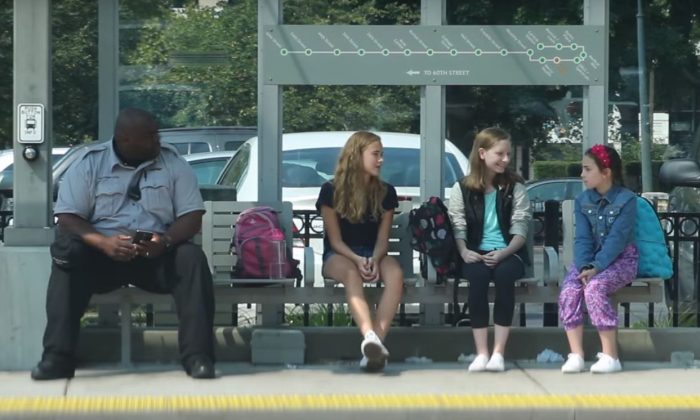 A viral Public Service Announcement video asks: what would you do if you saw a child getting bullied?

The PSA, produced by family entertainment channel UP TV, presents a hidden camera video that captures the reactions of adults who watch as two children bully a younger classmate. In the video, the children are actors and the scene was staged. Director Rob Bliss said the reactions of the people were 100 percent real.

“All the interventions are just regular people,” said Bliss, according to ABC News.

Some bystanders told the bullies to stop while others pretended not to notice even though they were close by.

“This is how you bring people’s self-esteem down,” says one woman in the video. “You don’t hurt somebody’s feelings, and intentionally do it,” adds another.

“As one of media’s leading family entertainment brands, we believe we have a responsibility to help families navigate the many challenges that life throws at them,” Wendy McCoy, UP TV senior vice president of marketing, told ABC. “Bullying is a very critical issue today and we want to help raise awareness and provide families with tools and resources to help combat it.”

October is National Bullying Prevention Month, and the clip was produced to raise awareness of that.