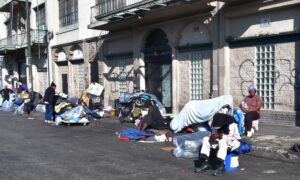 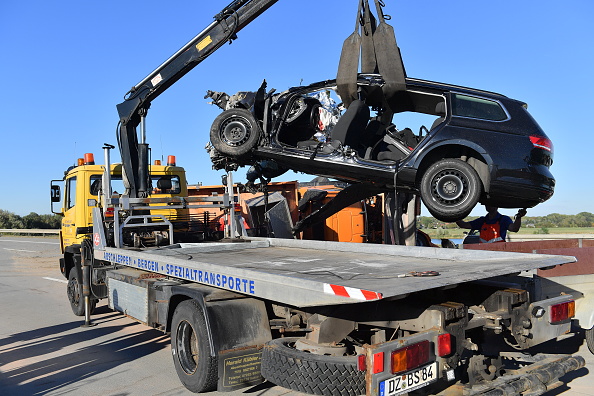 An 18-year old Salinas man died when his SUV overturned on U.S. Highway 101 near King City on the evening of Sept.30, 2018. (Hendrik Schmidt/Getty Images)
US News

An 18-year old Salinas man died when his SUV overturned on U.S. Highway 101 near King City on the evening of Sept.30, the California Highway Patrol reported.

Marcelino Martinez III was driving a gray 2001 GMC Yukon north on the highway near Teague Avenue at about 80 to 90 mph when the SUV drifted into the center divide, according to the CHP.

The vehicle overturned onto southbound lanes and was hit by a blue Chevrolet Cruze, CHP officials said. The Chevrolet came to a stop on the right shoulder and the Yukon in the left lane of southbound Highway 101.

The CHP said a 16-year-old boy from San Juan Bautista sitting in a passenger seat of the Yukon ran out of the car onto the center divide.

The driver of a Dodge Ram 1500 traveling south didn’t see the Yukon ahead because the Yukon’s lights were off, according to the CHP, and Martinez was hit while in the driver’s seat of the SUV.

The 16-year-old was treated at Valley Children’s Hospital and the 19-year-old, who is from Salinas, was taken to Natividad Medical Center.

A man and a woman in the Chevrolet and a man in the Dodge, all from King City, suffered moderate injuries, according to the CHP.