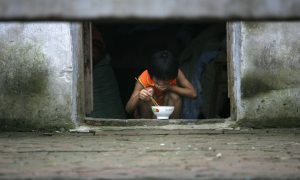 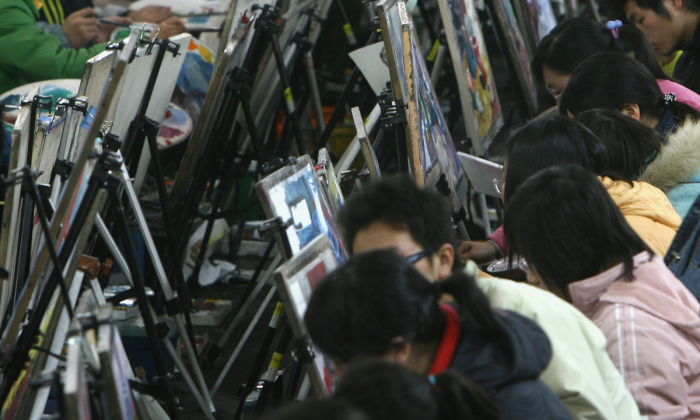 A 17-year-old female high school student in China has publicly accused her art teacher of not only physical abuse and rape, but also blackmailing her about it.

The girl, given the pseudonym Grace, said in an interview with Shaanxi Television on Feb. 28, that she was a victim of sexual abuse for four years. The accused, a 42-year-old teacher, last name Ni, worked at the Chenggu Number Four Middle School in northwestern China’s Shaanxi province.

Grace said she did not previously expose Ni because she was terrified by his threats of violence and blackmail, which included his recordings of the sexual abuse against her. She did not tell her parents, and attempted suicide several times.

A week prior to the report, passers-by saw Grace being beaten by Ni on a country road. They stopped him and called the police, who began an investigation against Ni.

Grace claims the attacks began in 2015, Shaanxi Television reported. She said Ni texted her, asking her to come to the art classroom to teach her to draw.

“When I went in the room, he grabbed me from behind,” Grace said in the interview.

“I was screaming the whole time, and then he covered my mouth.”

Though she struggled, her eventually removed her clothing, and proceeded to rape her.

Grace said that the second time it happened, Ni recorded the assault. He used these videos as blackmail against her.

The sexual abuse and physical assaults went on for four years, Grace said.

The girl’s mother said that she could tell her daughter was having emotional difficulties.

Ni also sent many gifts to the girl, according to her mother. At first, the girl would give everything back to him, but later accepted the gifts out of fear of angering Ni.

Ni sent more shocking things as well. He sent videos of himself over the phone to the girl, and told her to study, implying to sketch, his genitals.

The girl decided it was time to end the abuse, so she invited Ni out to tell him to delete the videos he had taken. When he heard this, he went into a rage.

“He started beating me,” Grace said. “He slapped my face and choked me. He got out of the car and pressed me onto the ground, he sat on me and kept beating me.”

When people passing by noticed a man beating a teenage girl, they stopped him and called the police, according to the report.

At the beginning of 2018, Chinese women began speaking out against sexual abuse.

On Jan. 1, 2018, a woman named Luo Qianqian described how she was assaulted 12 years prior by a teaching assistant while she studied in at her university.

She later immigrated to the United States, and upon hearing from other female classmates who had studied with the same assistant, she decided to make her experience public. She even included recordings of conversations, which she said would prove him guilty.

This caused more women to step forward about the abuse their suffered while in higher education.

One of the highest ranking monks in the Chinese Communist Party-sanctioned Buddhist Association of China quit his job after female disciples outed him. He was accused of sexual harassment and psychological manipulation.

A major TV personality at state-run CCTV was also accused of indecent behavior by a 25-year-old intern. The case is now playing out in court.