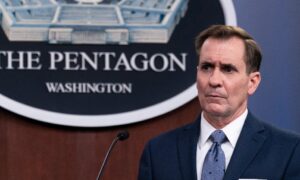 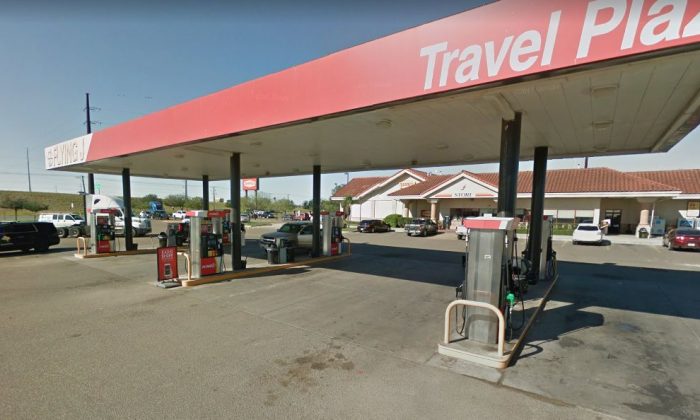 Officials told Fox News that the immigrants were from Guatemala, Mexico, and Romania. (Google Street View)
US

At least 17 illegal immigrants were discovered inside a trailer in Texas on Sunday, according to police.

The stowaways were discovered in a trailer in Edinburg. Their conditions aren’t currently known, ABC13 reported.

Fox 8 reported that the trailer was found at a “Flying J” store parking lot.

A man and a woman who were looking after the trailer were arrested and the U.S. Border Patrol is now investigating, Fox reported.

Officials told Fox News that the immigrants were from Guatemala, Mexico, and Romania.

Police officers were notified by a concerned family member in Mexico, who reported that their relative was trapped in the trailer. The trailer, the person said, was getting too hot, Click2Houston reported.

Officials told the station that the 17 were in the United States illegally, and they didn’t have documents allowing them to be in the country.

Other details about the incident were not released.

The find comes about a month after three dozen people were found in a tractor-trailer in San Antonio at a Walmart parking lot. Ten people had died of heat exhaustion in a failed human trafficking attempt. The driver of the truck, James Bradley, was charged in relation to the botched people-smuggling attempt.


“They were harbored in one or more stash locations, and on Sunday, the groups were assembled in the trailer,” according to a federal complaint against Bradley, Fox reported at the time.

“To maximize their criminal profits, these human smugglers crammed more than 100 people into a tractor trailer in the stifling Texas summer heat resulting in ten dead and 29 others hospitalized,” Acting ICE Director Thomas Homan said in a statement.