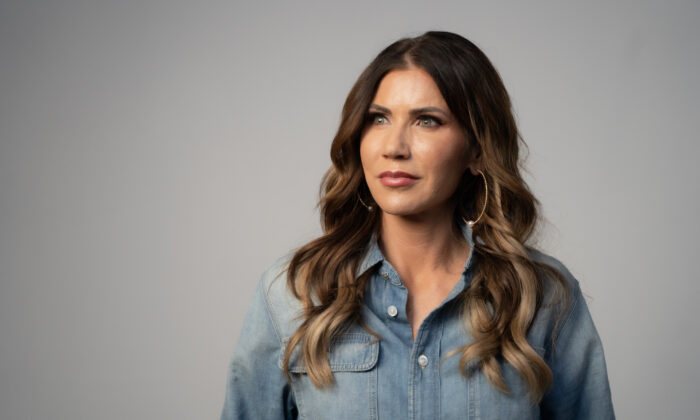 Seventeen Republican governors urged President Joe Biden on Aug. 10 to lift the COVID-19 vaccine mandate for international travelers, noting that dozens of countries around the world have rescinded vaccination requirements in recent months.

Non-U.S. citizens who are also nonimmigrants must show proof of COVID-19 vaccination before traveling by air into the United States. The Centers for Disease Control and Prevention (CDC) imposed the requirement in October 2021 at Biden’s direction.

The order doesn’t make sense, South Dakota Gov. Kristi Noem and 16 other governors wrote in a letter to the president.

“The continued requirements, even as other countries are moving in the opposite direction, put us at a competitive disadvantage as our states work to welcome international travelers, attract foreign business prospects, and host global athletic competitions. Your actions are hurting our states’ economies and unnecessarily hampering our economic growth as a nation,” they wrote.

The governors also said maintaining the travel mandate is “contradictory,” given the administration’s effort to revoke Title 42, a CDC order that enables the quick expulsion of illegal immigrants because of concerns that they may carry COVID-19.

“Why are you insisting on stringent vaccine requirements for legal temporary travelers but not for illegal immigrants who are attempting to stay in our country permanently?” the governors wrote.

The mandate was originally described as being aimed at preventing infection from the virus that causes COVID-19 as well as transmission of the virus. But authorities acknowledged even before it was imposed that the vaccines don’t prevent transmission, and studies have returned mixed results. The vaccines have also performed worse over time, including giving little to negative protection against infection since the emergence of the Omicron coronavirus variant.

The Department of Homeland Security separately requires people who aren’t U.S. citizens, nationals, or lawful permanent residents who enter the country at land ports of entry and ferry terminals to provide proof of vaccination. The agency stated in extending the mandate in April that the vaccines protect people from severe illness and death from COVID-19 while alleging that they slow the transmission of the illness.